Arvind Mayaram's tweet came amid a tussle between Ashok Gehlot and his former deputy Sachin Pilot. 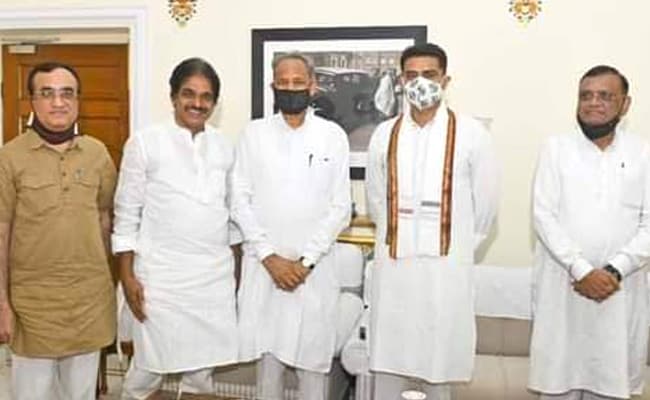 Last year, the Congress managed to stave off a rebellion by the Pilot camp. File

The BJP has latched onto a tweet by Rajasthan Chief Minister Ashok Gehlot's economic advisor Arvind Mayaram about "hiring pilots" to take a swipe at the state's ruling party over dissidence within its ranks.

Mr Mayaram's tweet came amid a tussle between Mr Gehlot and his former deputy Sachin Pilot.

In his tweet on Thursday, Mr Mayaram shared a cartoon whose caption said, "I don't have a pilot license or any flying experience. Recruit me for the cancelled flights." Along with the image, he wrote, "Wicked wit."

Responding to it, BJP MLA and Deputy Leader of Opposition in the Assembly Rajendra Rathore said, "Wow! What a wonderful timing...CM @ashokgehlot51 ji's economic affairs advisor is now playing a role of political advisor also. Lack of political advisor in CM's camp is worrying. By the way, one pilot is enough to trouble the government."

Mr Mayaram later clarified and wrote, "My post isn't political. It is a reflection on the state of sundown economy with destruction of over 1 crore jobs. Demand has also been destroyed. That's why flights are being cancelled all the time. Wake up and smell coffee."

Dissidence has resurfaced in Rajasthan's ruling party nearly a year after it managed to stave off a rebellion by the Pilot camp.