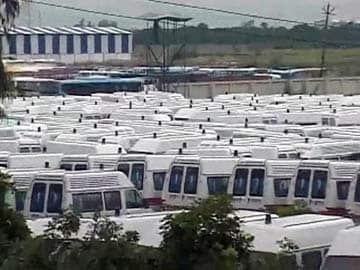 Jaipur: Former Rajasthan chief minister Ashok Gehlot and senior Congress leader Sachin Pilot have been named in an FIR filed in connection to an alleged ambulance scam under the National Rural Health Mission, which is currently being investigated by the Crime Branch - Criminal Investigation Department or CB-CID of the state police.

In 2009, Ziqitza Healthcare, a company run by Ravi Krishna, received a tender to operate 108 ambulances across Rajasthan, Bihar and Punjab.

But an audit report by the health department in Rajasthan has allegedly found huge financial irregularities in the way the ambulances were operated, with losses amounting to Rs 14 crore.

Promoted
Listen to the latest songs, only on JioSaavn.com
The BJP has accused the Congress of giving the tender to Ziqitza Healthcare because of the organisation's political connections after it was revealed that Mr Pilot and Mr Chidambaram had also served as its directors.