The new express train will operate between the national capital's Hazrat Nizamuddin station and Agra Cantonment station. It will operate six days a week, except on Friday.

The new express train can attain a maximum speed of 160 km per hour, according to the Ministry of Railways.

"The launch of this train heralds a new era of high-speed rail travel in India. Railway Minister has been emphasising about increasing the speed of both passenger and goods trains in his budget speeches," the ministry said in a statement.

The ministry elaborated that the on-board catering on the new train will be carried out by the Indian Railways Catering and Tourism Corporation (IRCTC), a railway undertaking. 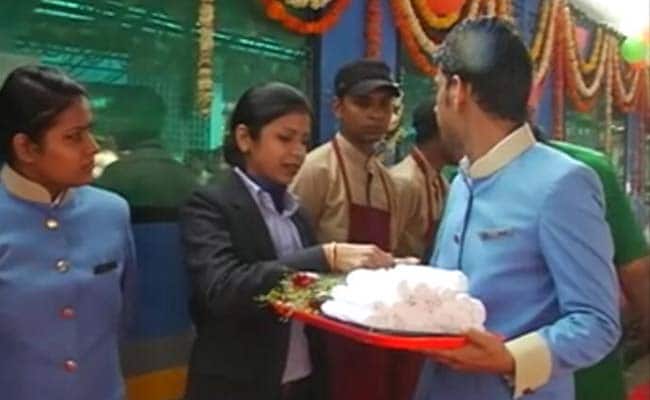 "IRCTC has made arrangement for deploying train hostesses on-board the train. This train will see improved catering and will have options of different kinds of cuisines," the statement added.

"Under this facility, passengers can view various entertaining videos during the travel on their smartphone, tablets or laptops even without internet connection through Wi-Fi," the statement said.

The new express train is hauled by an electrical engine, "WAP 5", which has a power output of 5,500 HP.