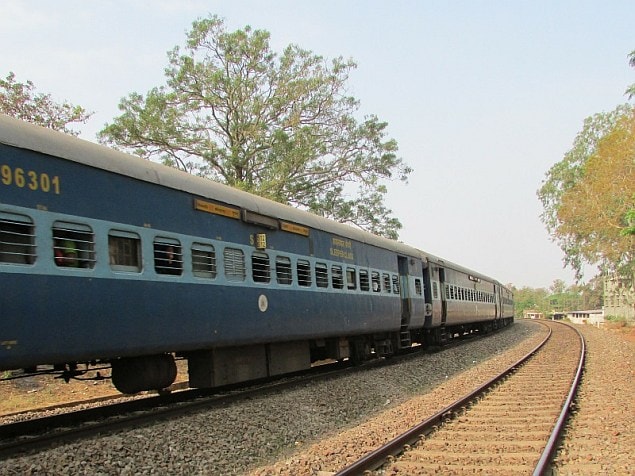 Semi-high speed trains can gather a maximum speed of 200 kmph, while faster ones in the category of high-speed or bullet trains can run between 250-350 km per hour.

Indian Railway has selected 'Vitality', the colour scheme inspired by 'cheetah', the fastest moving animal, created by the National Institute of Design for the coaches of the semi-high speed trains the state-run transporter has proposed to launch. The coaches will be painted in grey and navy blue with yellow border.

"We selected 'Vitality' out of total six colour schemes submitted to us by NID. The colour combination of grey, navy blue with yellow border was chosen keeping the speed factor in mind," said a senior Railway Ministry official.

Railways have planned to reduce the travel time between major cities by running semi-high speed trains. The new coaches will be manufactured at Kapurthala Coach Factory (RCF).

"A prototype coach with the new colour scheme will be ready by March this year and later on about 20 modern coaches will be manufactured in the next fiscal," the official said.

According to the plan, railways will introduce trains that can clock speeds upto 200 kmph after strengthening the tracks and fencing off certain select routes including Delhi-Agra, Delhi-Kanpur, Chennai-Hyderabad, Nagpur- Secunderabad and Mumbai-Goa.

Initially, the trains will run at 160 kmph which will be enhanced to 200 kmph.

The long-awaited 160 kmph Gatimaan Express between Delhi and Agra is expected to start in February after the railways got conditional clearance from Commissioner Railway Safety.

Trial runs of this train are being conducted. "The train will be flagged off in February after the foggy season ends," the official said.

Semi-high speed trains can gather a maximum speed of 200 kmph, while faster ones in the category of high-speed or bullet trains can run between 250-350 km per hour.