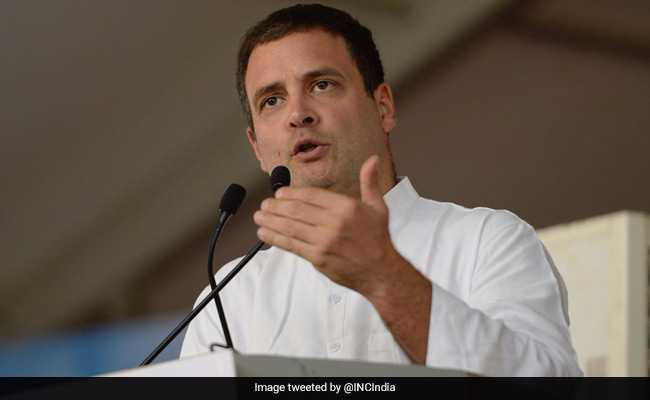 Congress president Rahul Gandhi has begun his address to party workers in Bhopal. He arrived today in Madhya Pradesh to launch his party's campaign in the state, which is expected to go to polls. Mr Gandhi arrived at Bhopal's Raja Bhoj Airport in Madhya Pradesh. He started a roadshow, in an open bus, which will cover a distance of around 18 kilometres long. The roadshow commenced from Bhopal's Lalghati Chowk, near the airport and will pass through old city areas including Royal Market and Peer Gate, and will reach BHEL Dussehra Maidan.

Here are the LIVE Updates from Rahul Gandhi's visit to Madhya Pradesh:

Rahul Gandhi Attacks Centre On Demonetisation In Madhya Pradesh Roadshow
Congress President Rahul Gandhi on Monday termed the demonetisation as the "biggest scam" of the Modi government to convert black money into white. He was speaking at a 15-km roadshow in poll-bound Madhya Pradesh,"
Sep 17, 2018 19:13 (IST)
I am the Congress Party President. My first responsibility is to serve the people of Madhya Pradesh. My second responsibility is towards the Congress party workers not the leaders.
Sep 17, 2018 18:20 (IST)
More points from Rahul Gandhi's speech:
RSS is not the place for women. In the Congress party we want to place more women
We will start exclusive police stations to fight crimes against women
We think that everyone should receive voice in Madhya Pradesh. We will meet the tribals. Congress is for all
Sep 17, 2018 17:55 (IST)
Vijay Mallya is not a thief for the government. If they can let such people go and not recover debts from them, they must waive off the loans of the farmers who work so hard
Sep 17, 2018 17:50 (IST)
Your chief minister has made 20,000 promises but he never speaks of unemployment. The youth of Madhya Pradesh need employment.
Behind very product, you see the words "Made In China". our government will change that into "Made In Bhopal"
Sep 17, 2018 17:48 (IST)
Rahul Gandhi while addressing party workers in Bhopal :
They (the BJP government) ruined your education and employment opportunities.
In countries like China, 50,000 youth and given employment in 24 hours as opposed to India where only 450 young people get employment
Sep 17, 2018 17:34 (IST) 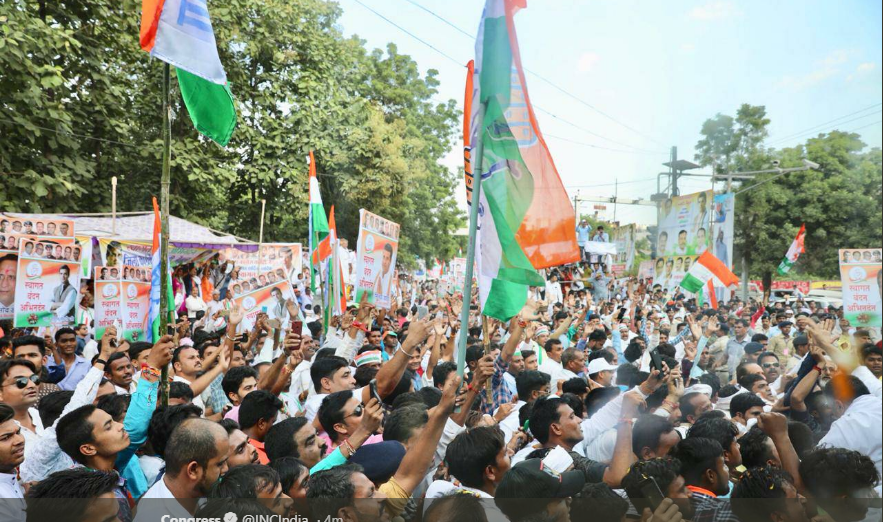 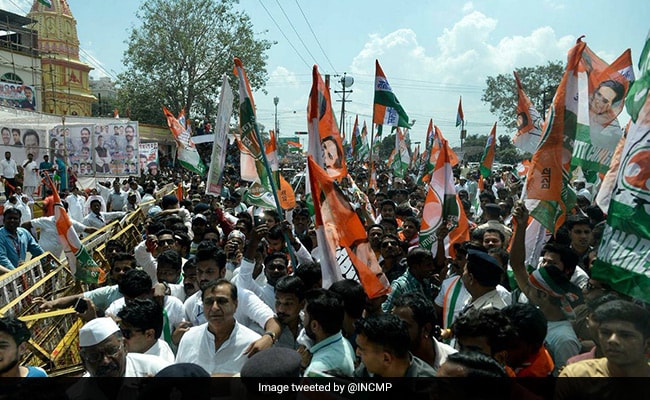 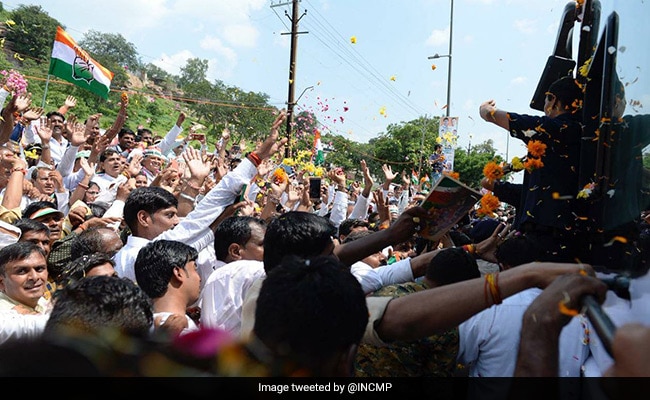 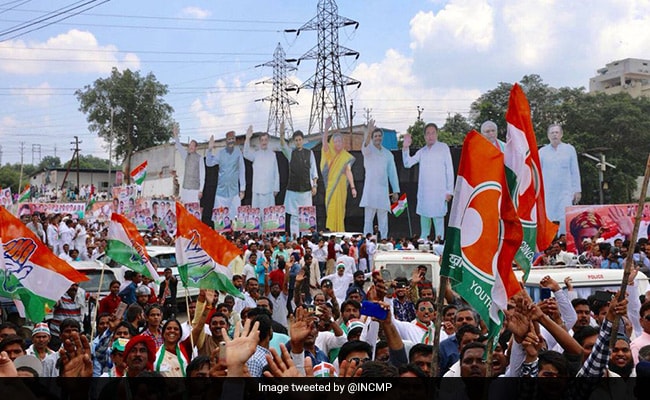 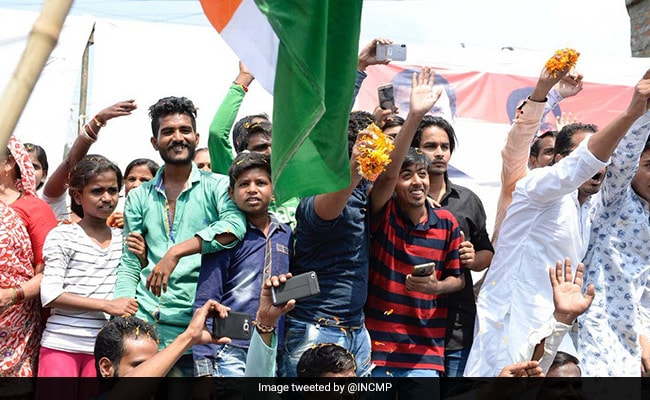 Congress President @RahulGandhi is greeted by a throng of supporters during the #CongressSankalpYatra in Bhopal. pic.twitter.com/CjNyQFZhSw

Watch: Rahul Gandhi Launches Congress Campaign In Madhya Pradesh
Congress president Rahul Gandhi has arrived today in Madhya Pradesh to launch his party's campaign in the state, which is expected to go to polls. He started a roadshow, in an open bus, which will cover a distance of around 18 kilometres long. The roadshow commenced from Bhopal's Lalghati Chowk, near the airport.
Sep 17, 2018 13:45 (IST)

Congress President @RahulGandhi will be in Bhopal, Madhya Pradesh for a roadshow and will be meeting party workers. pic.twitter.com/gbbJ29vHOB 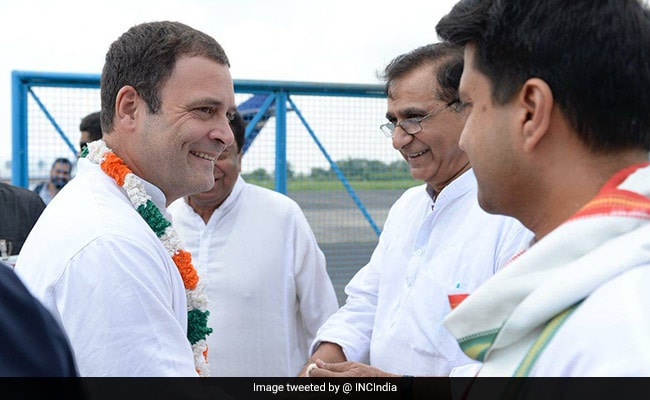 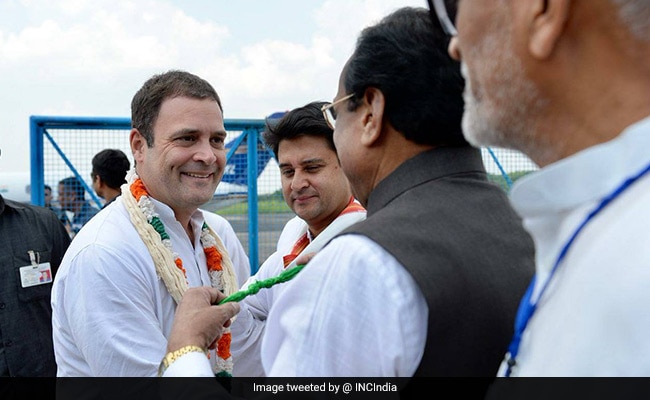 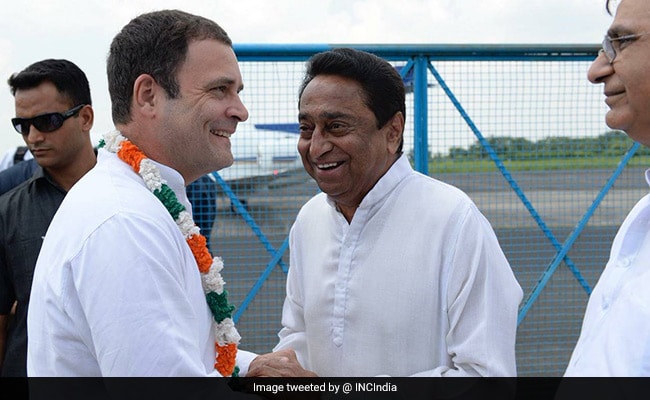 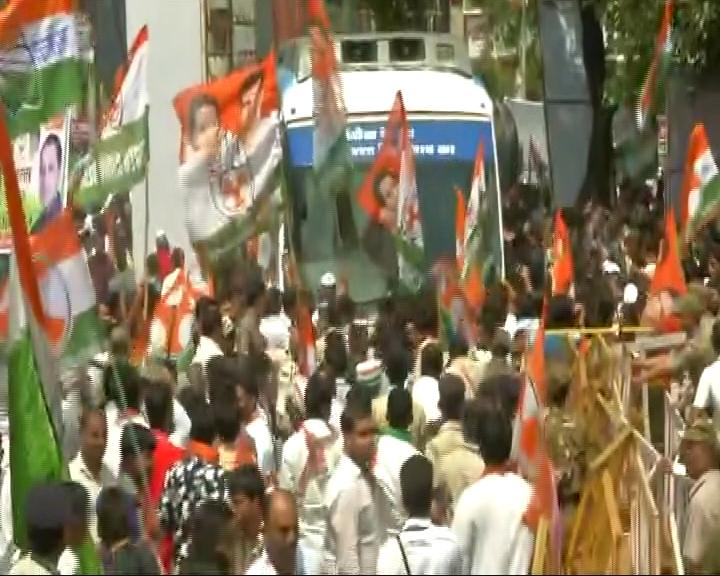 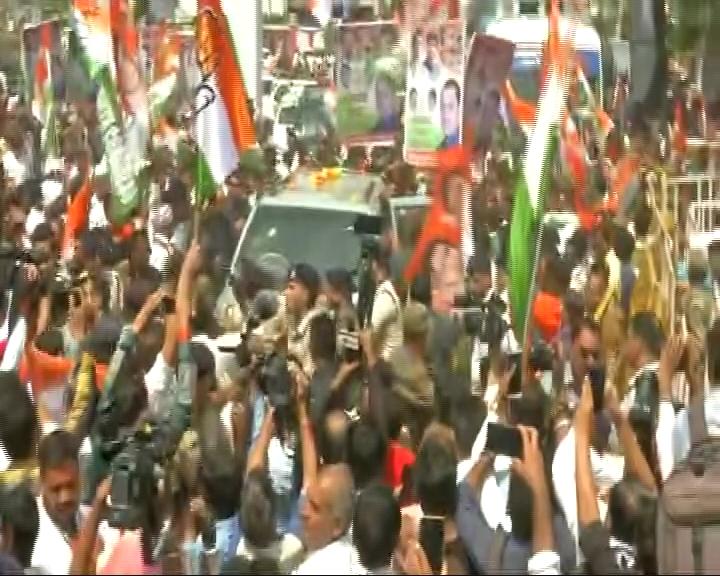 The ruling party had earlier disapproved of Rahul Gandhi's temple visits while campaigning in Gujarat and Karnataka and alleged that the Congress leader was playing a "soft Hindutva" card.
Sep 17, 2018 12:24 (IST)
Congress Sankalp Yatra: Rahul Gandhi tweets ahead of roadshow in Bhopal, Madhya Pradesh

Sep 17, 2018 11:46 (IST)
During his day-long visit to the state capital, the 48-year-old Shiv bhakt or devotee of Lord Shiva, as has been projected by his party workers, will seek blessings from Hindu priests and young girls before beginning his roadshow from Lalghati Chowk, located close to the Bhopal airport, which will conclude at Dussehra Maidan.

Rahul Gandhi will address a meeting of Congress workers, which is open to public, before leaving in the evening, state party spokesperson Pankaj Chaturvedi told news agency Press Trust of India.
Sep 17, 2018 11:40 (IST) 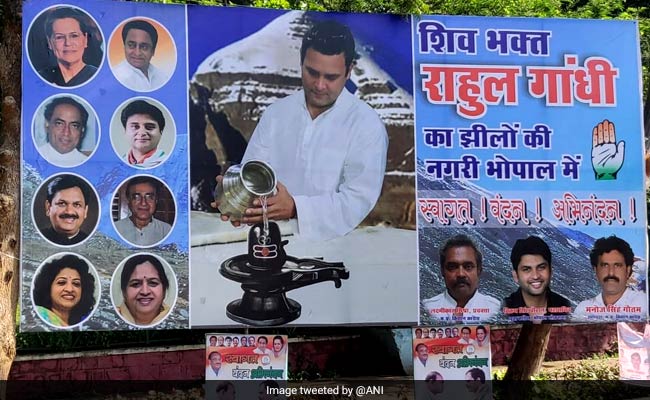 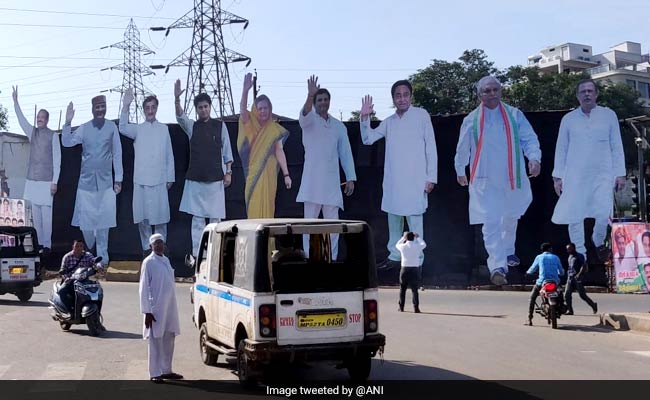 Sep 17, 2018 09:09 (IST)
Security reviewed ahead of Rahul Gandhi's Madhya Pradesh visit
Security has been tightened in the city in view of Rahul Gandhi's visit, Bhopal Inspector General (IG) of Police Jaideep Prasad said. "We have got an extra force of 1,500 policemen who have already been deputed," he said.
Sep 17, 2018 08:38 (IST)
Congress has put up posters and banners in Bhopal describing Rahul Gandhi as a 'Shiv bhakt'
Ahead of the visit, the Congress has put up posters and banners in Bhopal describing the 48-year-old Congress chief, who just returned from a pilgrimage to Kailash Mansarovar, as a 'Shiv bhakt'.
Congress workers are arriving from all over Madhya Pradesh to welcome the party chief and take part in the meeting. "We are expecting more than one lakh Congress cadres in the state capital," a police officer said.
Sep 17, 2018 08:37 (IST)
Shortly after his arrival in Bhopal, Rahul Gandhi will begin an 15-kilometer-long roadshow from Lalghati Chowk, located close to the airport.