Gajendra Singh Shekhawat said, "Muttiah Muralitharan (former Sri Lankan bowler) used to get out at zero after batting at number ten but Rahul Gandhi scores nothing even after playing as an opener." 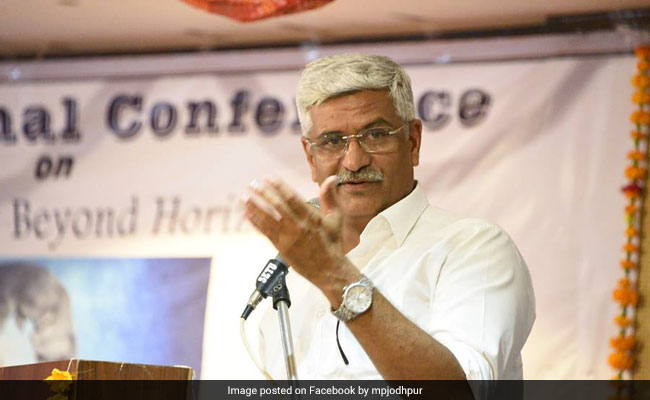 Gajendra Singh Shekhawat said the Congress has tried to confuse people with a "vicious propaganda".

Taking a jibe at Rahul Gandhi, Union minister Gajendra Singh Shekhawat on Friday said the Congress president will maintain his record of returning to pavilion without scoring even in Rajasthan.

The BJP leader said his party is confident of winning the state assembly elections and it was benefitting from the "infighting" within the Congress for chief ministerial post.

Talking to PTI on his campaign trail in Pokhran, Mr Shekhawat said, "Muttiah Muralitharan (former Sri Lankan bowler) used to get out at zero after batting at number ten but Rahul Gandhi scores nothing even after playing as an opener."

"He (Gandhi) will get out at zero in Rajasthan as well. He will maintain his record," the minister said drawing a cricket analogy.

Mr Shekhawat said the BJP is confident that it will win the state elections and its situation is improving everyday.

Claiming that the the Congress president's election rallies in state have been "ineffective", Mr Shekhawat said, "Rahul Gandhi will lose the Rajasthan elections with a much bigger margin than his earlier defeats. He will create a world record here."

He said the Congress has tried to confuse people with a "vicious propaganda", but when people compared the work of the previous Congress government and that of the current administration they realised that the BJP is the only option.

Taking a jibe at the Congress, Mr Shekhawat said, "We said from the beginning that their infighting will help us very much. After ticket distribution the infighting that happened in Congress has brought their real face in front of the people."

He said Prime Minister Narendra Modi's rallies have boosted the BJP's election campaign and will have a positive impact.

Rajasthan will be voting for 199 assembly seats on December 7 and the counting will take place on December 11.