Rahul Gandhi referenced the BJP's repeated attacks on Manmohan Singh, who occupied the office of the Prime Minister before PM Modi. 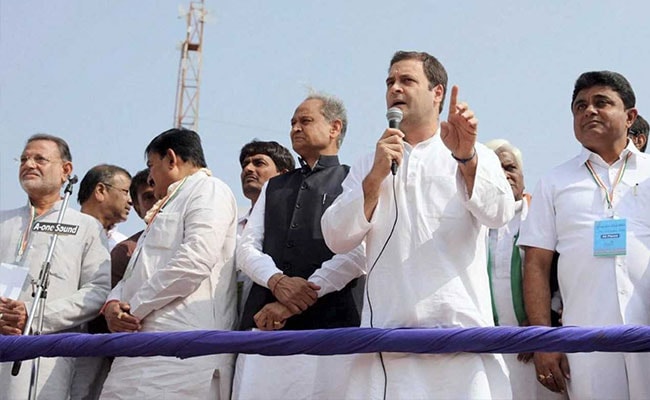 Ahmedabad: Congress vice-president Rahul Gandhi, who is on the last leg of his campaign in Prime Minister Narendra Modi's home state Gujarat, said today that despite the political rivalry with the BJP, his party would never disrespect the Prime Minister.

"When Modi-ji was in the opposition, he used to speak with disrespect about the PM. That is the difference between us and them, no matter what Modi says about us, we'll not go beyond certain point as he is the Prime Minister," Mr Gandhi said during an interaction with party workers in Banaskantha.

The reference was to the BJP's repeated attacks on Manmohan Singh, who occupied the office of the Prime Minister before PM Modi.

Mr Gandhi's words come in the wake of what has been described as a marked low in political discourse. In September, Congress leaders Manish Tiwari and Digvijaya Singh had used tweets containing shocking abuse while attacking PM Modi.

As the BJP erupted in protest, the Congress demanded that the Prime Minister unfollow Twitter accounts that posted vicious messages against journalist Gauri Lankesh after she was gunned down at her Bengaluru home a few weeks before.

Promoted
Listen to the latest songs, only on JioSaavn.com
In February, a comment from PM Modi had triggered uproar from the Congress. Referring to the many scandals during the watch of Manmohan Singh, whose personal integrity had usually been exempt from criticism, PM Modi had said, "Only Doctor Saab knows how to bathe with a raincoat in the bathroom".

Recently, Mr Gandhi, despite his political attacks on PM Modi, had given a left-handed compliment to the Prime Minister's skills as an orator, saying it would take him years to give "lectures" like the Prime Minister.
Comments
Rahul GandhiPM Narendra Modi