The Prime Minister said the Congress's only agenda is to throw muck on others, spread lies and repeat them loudly and mislead people. 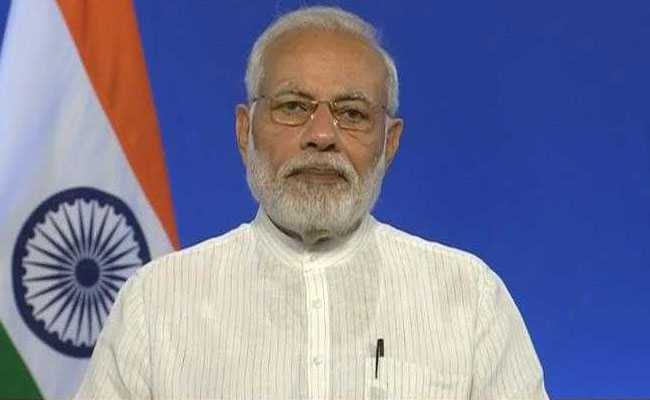 Prime Minister Narendra Modi on Saturday attacked the Congress for "spreading falsehood to mislead people" and accused it of insulting India's first Home Minister Sardar Vallabhbhai Patel by calling his "Statue of Unity" as one Made in China.

"The Congress as government was corrupt and a failure, which is known to every citizen. In the last four years, the Congress has only spread lies, it has become arrogant, it has drifted away from the people, it has become insensible and it has failed to perform as an opposition," PM Modi said during his interaction with BJP workers through video conferencing via NaMo app.

Prime Minister Modi's remarks came while responding to a question of a party worker from Uttar Pradesh's Basti parliamentary constituency. The Bharatiya Janata Party (BJP) leader was asked what the party workers should do to deal with the false and baseless allegations being made by the opposition.

The Prime Minister said the Congress's only agenda is to throw muck on others, spread lies and repeat them loudly and mislead people.

"They are taking Sardar Patel's name like this. All these years, they have disrespected Sardar Patel," he said, adding: "How far they will to express their disliking for Sardar Patel?"

PM Modi's remarks came two days after Rahul Gandhi while addressing a public rally in Madhya Pradesh's Satna on Thursday said that the statue being built for him in Gujarat is "Made in China" like the Made in China written on mobile phones, shirts and shoes.

"Modiji had promised to build the world's largest statue of Sardar Patel in Gujarat. But later it was revealed that on the back of the statue it was written Made in China," Mr Gandhi said.

The Statue of Unity, which is 182 metres from the ground and 240 metres from the river base of Narmada, has been completed. The inauguration of the statue will be done on Vallabhbhai Patel's 143rd birth anniversary on October 31 by the Prime Minister.

"If you look at their behaviour over the last few days, you will all canard they are spreading. Remember, when the government brought the poor of the country closer to bank and banking services, they spread the lie that their money is not safe in banks.

"Everyday they plan and everyday they spread lies. Their motive is to mislead the people of the country, they want to create an atmosphere of fear to do politics," he alleged.

PM Modi also asked his party workers to do in-depth research on the issues raised by the Congress to give them befitting reply. He asked them to defend the government and party works through social media platforms and the NaMo app.