Rahul Gandhi reached Datia district in the morning by a helicopter from Gwalior. 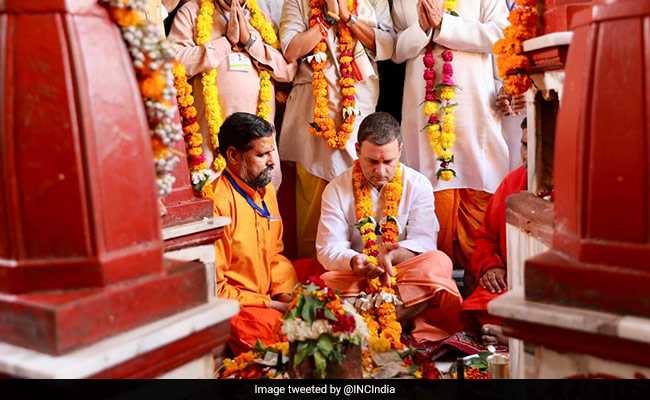 Rahul Gandhi is scheduled to address a public meeting in Datia later in the day.

Mr Gandhi reached Datia district in the morning by a helicopter from Gwalior. He then went to the temple complex where he offered prayers to the deity and stayed at the 'shaktipeeth' for about half-an-hour.

Elections will be held in Madhya Pradesh on November 28.

The Congress chief is scheduled to address a public meeting in Datia later in the day.

Many political bigwigs have visited the shrine in the past, state Congress spokesman Pankaj Chaturvedi told PTI.

"Indira Gandhi (Rahul Gandhi's grandmother) visited the shrine in 1979, before polls in 1980 and later after becoming the prime minister. Later, Rajiv Gandhi (the Congress chief's father) also paid a visit to the shaktipeeth after becoming PM in 1984-85," he said.

Rajasthan Chief Minister Vasundhara Raje Scindia is the chairperson of the Peetambara Trust, that manages the affairs of the shrine.