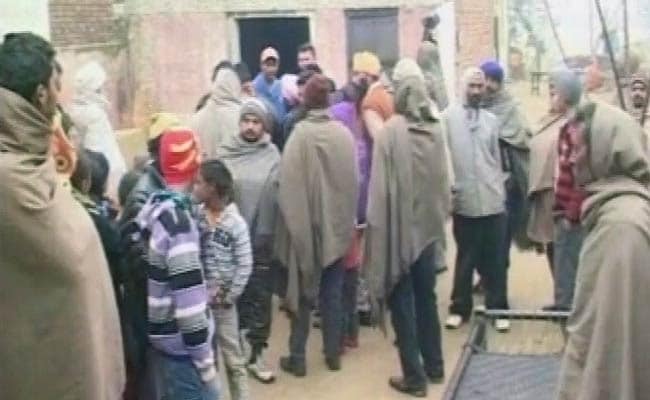 Villagers gather near the school where a female teacher stripped girl students over a lost Rs. 500 note.

Chandigarh: The female teacher in Punjab's Gurdarpur, who reportedly stipped 13 girl students, is likely to be questioned on Monday. An inquiry has already been ordered by the Punjab government and Education Minister Daljit Singh Cheema has sought a report from District Education officer about the incident.

An official release by the Punjab government quoted Mr Cheema as saying that strict action would be taken against the teacher if found guilty. He also issued instructions to all government schools that such incidents will not tolerated in future.

According to Gurdaspur police, the teacher, who taught in a government girls middle school in a village in Gurdaspur district, found that a Rs. 500 note missing was from her wallet.

She later called seventh grade girl students and allegedly stripped them in a classroom to look for her note, police had said earlier.

Promoted
Listen to the latest songs, only on JioSaavn.com
The victims disclosed the incident to their parents, following which one parent registered a case against the teacher under section 354 (assault or criminal force with intent to outrage modesty of woman), 506 (criminal intimidation) of IPC and provisions of the SC/ST Act.