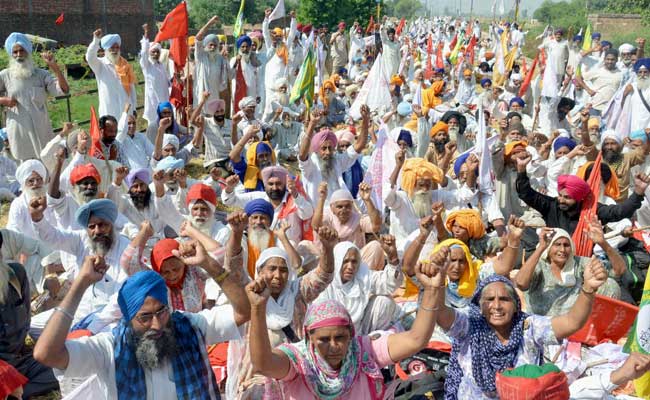 Women candidates marked merely 5 per cent of the Assembly's strength.

Chandigarh: Only six of the 81 contesting women candidates managed to secure a place in the 117-member Punjab Assembly. The winning candidates, three from the Congress and the Aam Aadmi Party (AAP) each, marked merely 5 per cent of the Assembly's strength.

Among women leaders, Aruna Chaudhary won by the highest margin of 31,917 votes and Rubinder Kaur Rubu emerged victorious with the lowest vote (10,778) difference.

BSP candidate Mumtaz, a transgender, contested the elections from Buchho Mandi in Bathinda district, but lost by 1,137 votes.

On Saturday, the Congress upturned the SAD-BJP alliance in the polls by ending 10-year regime of the Badal family. The Congress in Punjab, led by Captain Amarinder Singh, is set to return to power after a gap of a decade, decimating on its way the ruling Akalis and dashing the hopes of newbie Aam Aadmi Party (AAP).

Promoted
Listen to the latest songs, only on JioSaavn.com
The Congress won 77 seats in the 117-member Punjab Assembly. Prominent among them is Navjot Singh Sidhu, who quit the BJP to join the Congress before the elections and contested from Amritsar East. The Arvind Kejriwal-led AAP, which many expected to win the state, managed to bag just 23 seats. The Shiromani Akali Dal (SAD)-Bharatiya Janata Party (BJP) alliance won merely 18 seats.