On Thursday, a terrorist drove up a car carrying 60 kg of RDX explosives next to a security convoy on the Jammu-Srinagar highway and triggered the explosives in what is the worst terror attack to take place in Kashmir since the start of the century. 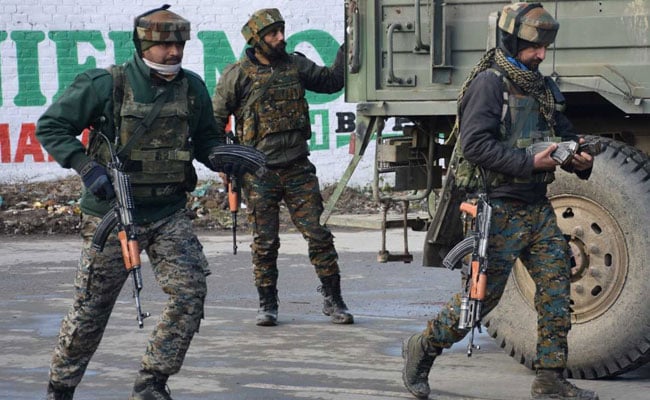 Two top terrorists of the Pakistan-based Jaish-e-Mohammed were killed in a targeted encounter in Jammu and Kashmir's Pulwama today. One of them, identified as Kamran, was a key aide of Jaish chief Masood Azhar, who was responsible for recruiting and training terrorists in the Kashmir valley. The second one was an IED specialist, Gazi Rashid, an Afghan national. Four soldiers were killed in the encounter, which has been going on for more than 12 hours. A civilian has also been killed in the crossfire.

Today is also the fourth day of curfew in Jammu And Kashmir. There are no reports of violence but the situation still continues to be tense. The curfew was imposed on Friday after mobs attacked some people and burnt vehicles. More than 1000 people have been left stranded in the city and have been put up in the local mosques and madarsas.

Traders' body Confederation of All India Traders (CAIT) has called for a nationwide trade bandh on Monday. They are expressing solidarity with the families of security personnel killed in the Pulwama attack.

On Thursday, a terrorist drove up a car carrying 60 kg of RDX explosives next to a security convoy on the Jammu-Srinagar highway and triggered the explosives in what is the worst terror attack to take place in Kashmir since the start of the century.

Here are the highlights on this story:

Feb 18, 2019 18:24 (IST)
On February 19, at 15 East Park Road, Ajmal Khan Park, Karol Bagh, a havan ceremony will be performed in the memory of CRPF and army soldiers of Kashmir with a prayer for making India stronger to fight against terrorism.
Feb 18, 2019 15:55 (IST)
Uttar Pradesh Chief Minister Yogi Adityanath today visited the family of CRPF jawan Vijay Maurya, who was killed in the Pulwama terrorist attack, in Deoria district in eastern Uttar Pradesh and stayed there for 20 minutes.
Vijay Laxmi, the slain CRPF jawan's wife, had refused to cremate the body till the chief minister visited them. She later allowed the last rites to be performed on Saturday night.
Adityanath paid floral tributes to the martyr as Jaidev Chapia villagers raised anti-Pakistan slogans.
He met the slain soldier's wife and his father Ramayan Maurya and promised them that India will give a befitting reply to Pakistan for the terrorist attack carried by a Pakistan-based group in which 40 CRPF personnel were killed on Thursday. Adityanath said the sacrifice of Vijay Maurya will not go in vain.
Feb 18, 2019 15:04 (IST)
Prime Minister Narendra Modi said today that the Pulwama terror attack has showed that the time to talk about tackling terror is over and the world is now required to unitedly take concrete action against terrorism and those spreading it
Feb 18, 2019 14:03 (IST)
The Pakistan High Commissioner to India has been called back to Islamabad for consultations amid tension between the neighbouring countries over the Pulwama terror attack. Read here 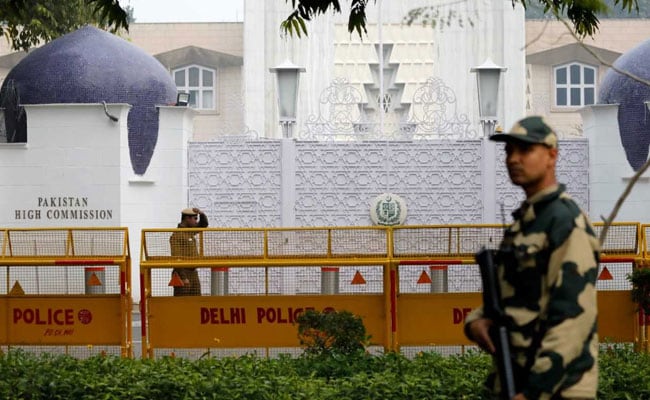 Feb 18, 2019 13:50 (IST)
Security forces today scored a big success with the killing of a top terrorist of the Jaish-e-Mohammad, the Pakistan-based group that carried out the suicide bombing in Pulwama on February 14, killing over 40 soldiers. Kamran, one of the two terrorists killed in a 12-hour encounter at Pulwama this morning, was a close aide of Jaish-e-Mohammed chief Maulana Masood Azhar.
Read full story here
Feb 18, 2019 13:40 (IST)
Here is the Jammu and Kashmir Police statement on the encounter in Pulwama:
Based on credible inputs about the presence of terrorists in Pinglena area of South Kashmir's Pulwama district, a cordon and search operation was launched jointly by Police and security forces in the intervening night in the area.
As the searches were going on, terrorists from inside the target house fired indiscriminately on the search party. In the initial burst of fire, four army jawans and one civilian sustained critical gun shot injuries. They were evacuated to hospital for medical attention. Consequently, four injured jawans attained martyrdom and the civilian also succumbed to his injuries. The martyred jawans have been identified as Major Vibhuti Shankar Dhoundiyal, Hawaldar Sheo Ram, Sepoy Hari Singh and Sepoy Ajay Kumar.
The fire was retaliated by the security forces leading to an encounter. In the ensuing encounter so far 2 terrorists have been killed and their bodies were retrieved from the site of encounter. The identities and affiliations of the killed terrorists are being ascertained. The encounter is still in progress and the security forces are on the job.
Citizens are requested not to venture inside the encounter zone since such an area is a prohibited zone and can prove dangerous due to stray explosive materials. People are requested to cooperate with police till the area is completely sanitized and cleared of all the explosive materials if any.
Feb 18, 2019 13:00 (IST)
Kamran was an aide of Jaish-e-Mohammed chief Masood Azhar
Feb 18, 2019 12:57 (IST)
It has been confirmed that top Jaish-e-Mohammed commander Kamran has been killed in the encounter.
Feb 18, 2019 12:22 (IST)
A cordon and search operation by the security forces has started in Krawora village in Jammu and Kashmir's Shopian district, news agency ANI reports
Feb 18, 2019 12:06 (IST)
Kamal Haasan has clarified his comments on plebiscite saying it was in the context of a magazine unedited decades ago
Feb 18, 2019 11:41 (IST)

I am infuriated to know about the supreme sacrifice of our jawans in an encounter with terrorists in #Pulwama today. I salute the courage and valour of brave soldiers. My thoughts are with the families of our bravehearts...May god give them strength in this most difficult time. 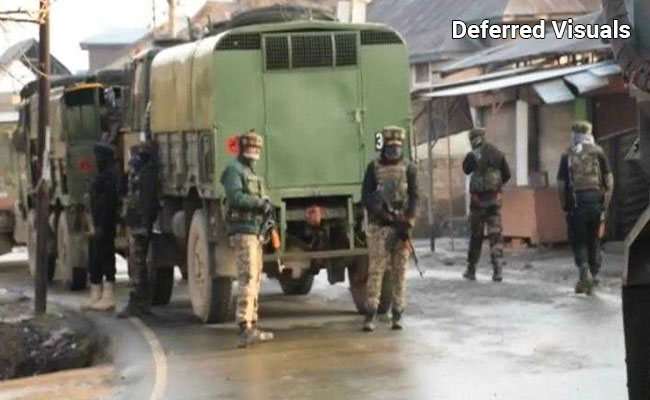