Pulwama attack: Netizens are paying trubutes to the brave Indian soldiers who died in the line of duty in the Pulwama terror attack. Here's what Akshay Kumar, Suniel Shetty and others posted on Twitter 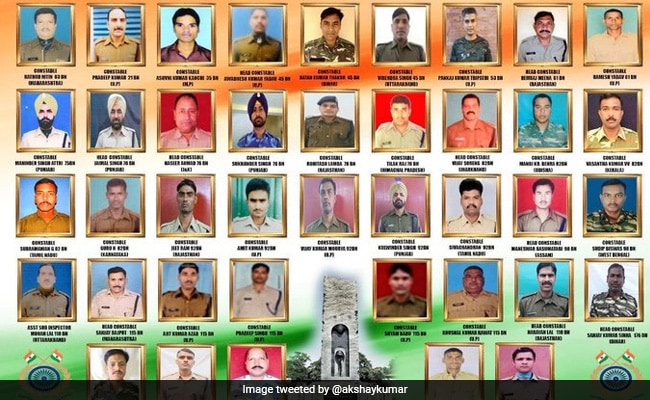 Today it's two years since the Pulwama terror attack. On February 14, 2019, 40 brave Indian soldiers died in the line of duty after a suicide bomber, Adil Ahmad Dar, rammed an explosive-laden vehicle into the security convoy carrying them. Tributes to the brave soldiers are pouring in on social media. Akshay Kumar, Suniel Shetty led Bollywood in paying homage to the jawans. "Remembering our bravehearts of Pulwama Attack, we will always remain indebted for your supreme sacrifice," Akshay Kumar wrote on Twitter along with an image of the jawans.

Remembering our bravehearts of #PulwamaAttack, we will always remain indebted for your supreme sacrifice ???????? pic.twitter.com/WLGQ1QJqIX

"On this day, two years back 40 soldiers sacrificed their lives for our nation in Pulwama attack. Prayers for the brave souls and their families. We'll always be in debt of yours," wrote actor Kartik Aryan.

Former cricketer and BJP Lok Sabha lawmaker, Gautam Gambhir wrote on the microblogging site: "India is not built by bricks & cement! It is the blood of our bravest which holds our country together! Never Forget!"

India is not built by bricks & cement! It is the blood of our bravest which holds our country together! Never Forget! #PulwamaAttackpic.twitter.com/pP5og5RASg

Last year, a memorial having names of all 40 jawans who died in the Pulwama terror attack was inaugurated on at CRPF's Training Centre at Lethpora camp in Pulwama. The memorial is inscribed with the names along with their photographs and the motto of the CRPF - "Seva and Nishtha" (Service and Loyalty).