Priyanka Chopra will be seen portraying the role of a yoga ambassador, Isabella in Isn't It Romantic? 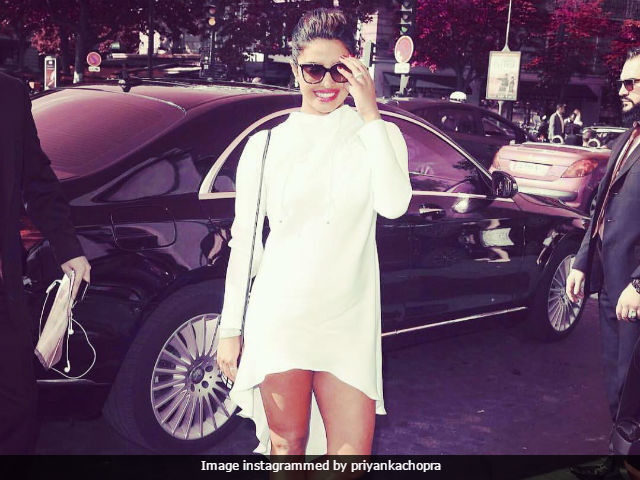 New Delhi: After making her Hollywood debut with Seth Gordon's Baywatch, actress Priyanka Chopra has started working on her third international project, titled Isn't It Romantic?, reports news agency PTI. The 34-year-old actress will co-star with Rebel Wilson, Adam Devine and Liam Hemsworth in the movie. The film, which will release in theatres on February 14, 2019, is being directed by Todd Strauss-Schulson. Isn't It Romantic? is Priyanka's third Hollywood project after Baywatch and A Kid Like Jake, which is slated for a 2018 release. In the film, Priyanka Chopra will be seen portraying the role of a yoga ambassador, Isabella. Rebel Wilson will feature as Natalie, an architect from New York City. Liam Hemsworth will portray the role of a client, while Adam Devine will feature as Rebel Wilson's best friend.

Isn't It Romantic is being shot in and around New York.

Priyanka Chopra became a popular face in the west after she starred in the American TV series Quantico. She won two consecutive People's Choice Awards for portraying the role of FBI recruit Alex Parrish on the show. Priyanka will reportedly soon begin shooting for the third season of Quantico.

Promoted
Listen to the latest songs, only on JioSaavn.com
Back home, Priyanka Chopra is producing several regional films. She will reportedly feature in the biopic of late astronaut Kalpana Chawla. As per reports, Priyanka has also signed up for Sanjay Leela Bhansali film Gustakhiyan, in which she will play writer-poetess Amrita Pritam.