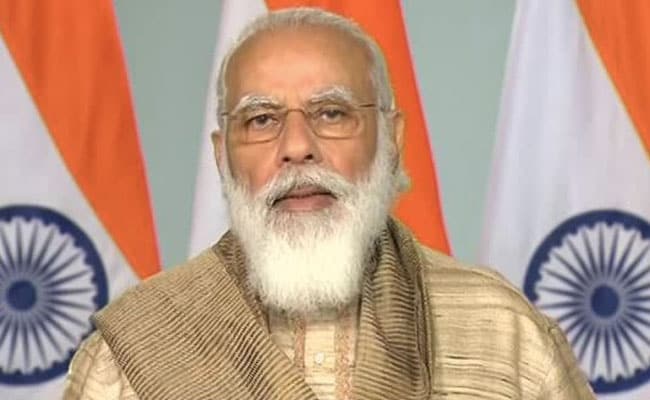 During the call, PM Modi noted need to not lose sight of the battle against other diseases

The Prime Minister had a telephone conversation with the World Health Organisation (WHO) DG and he expressed his appreciation for the WHO's important role in facilitating a coordinated global response to the pandemic, a Prime Minister's Office (PMO) statement said.

During the call, PM Modi noted the need to not lose sight of the battle against other diseases, and appreciated the importance of WHO's support to the health systems of developing countries.

The WHO director general stressed the close and regular collaboration between the WHO and the Indian health authorities, and specially appreciated the country's domestic initiatives like the Ayushman Bharat scheme and the campaign against tuberculosis, the PMO said.

Ghebreyesus said India has an important role to play in global health issues.

The prime minister and the director general also had a productive discussion on the value of traditional medicinal systems, especially for enhancing wellness and immunity of the global population, the statement said.

Ghebreyesus stressed that the potential of traditional medicine had not been adequately appreciated until now, and said that the WHO was actively working to encourage research, training and sharing of best practices in this area.

PM Modi appreciated these efforts, and informed the WHO director general about the planned celebration of Ayurveda Day in India on November 13 under the theme of "Ayurveda for COVID-19".

The prime minister and the WHO director general also discussed the ongoing global collaboration for countering COVID-19 and in that context, Ghebreyesus strongly appreciated PM Modi's unequivocal commitment to deploy India's capacities as a leading manufacturer of vaccines and pharmaceuticals for the benefit of humanity, according to the PMO.

Later in a tweet, Ghebreyesus said, "Namaste, Prime Minister Narendra Modi, for a very productive call on how to strengthen our collaboration & advance access to knowledge, research and training in traditional medicine globally. WHO welcomes India's leading role in global health, & to universal health coverage."

"I thanked Prime Minister Narendra Modi for his strong commitment to COVAX and making COVID-19 vaccines a global public good. The pandemic is an unprecedented challenge for the world, and we agreed to work shoulder to shoulder to end it," he said in another tweet, using the hashtag "ACTtogether".