PM Modi also said officials must strive to improve image of police to inspire confidence among all sections of society including women and children. 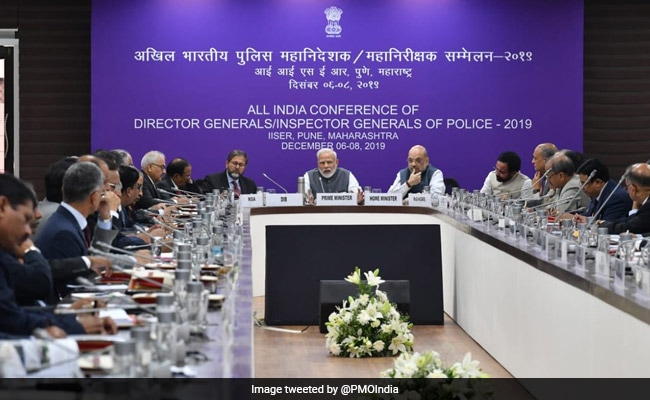 Prime Minister Narendra Modi today stressed on the role of effective policing in ensuring that women feel safe and secure.

His remarks come against the backdrop of recent cases of crimes against women which has triggered a public outcry.

Addressing a DGP/IGP conference at Pune, the Prime Minister also said officials must at all times strive to improve the image of the police force to inspire confidence among all sections of society including women and children.

A statement issued by the Prime Minister's Office said that PM Modi was of the view that technology provides an effective weapon to ensure proactive policing that factors in the feedback of the common man.

According to the statement, the Prime Minister recognised the pulls and pressures confronting police officers in their day-to-day discharge of duties.

"However, he said whenever they are in doubt they should remember the ideals and the spirit with which they appeared for the civil services exams and continue to work in national interest, keeping in mind the welfare of the weakest and poorest sections of society," the statement said.

PM Modi expressed his special interest for the development of the northeastern states which is critical for the government's Act East Policy and urged the Director General of Police (DGP) of these states to make an extra efforts to create a conducive environment for the development programmes.