"Shiv Bhakt" Would Need Visa For Somnath Temple If Not For Sardar Patel: PM

Prime Minister Modi slams his detractors, says if Sardar Patel did not work for the unity of India, people would have needed a visa to see Gir lions 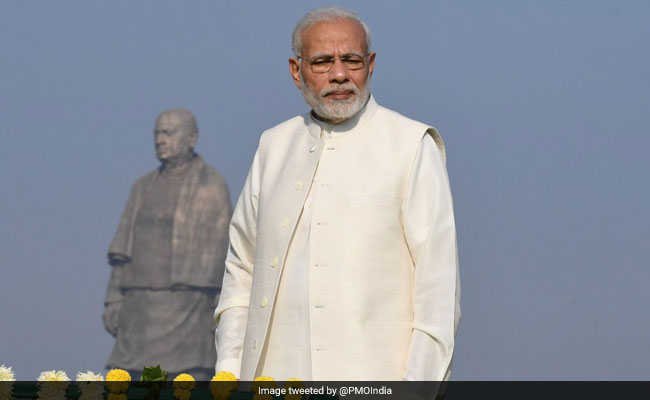 Prime Minister Narendra Modi hit out at his critics after inaugurating the statue of Sardar Vallabhbhai Patel at Kevadiya in Gujarat on Wednesday. In what many saw as a veiled attack on Congress chief Rahul Gandhi, Prime Minister Modi said, had Sardar Patel not worked for unity", "shiv bhakts" wouldn't have been able to pray at the Somnath Temple today.

Last November Prime Minister Modi took a jibe at Rahul Gandhi over his visit to the Somnath temple before latter kicked off the Gujarat campaign. The Prime Minister had said Rahul Gandhi's grandfather - Jawaharlal Nehru - didn't even want the temple reconstructed. It was Sardar Patel who took the initiative to reconstruct the temple. The Sonmath Temple was vandalized and looted by Mahmud of Ghazni in 1026.

Prime Minister Modi shredded those who criticized the building of the statue. "I am amazed when some people of our own country dare to see this initiative from a political view point and criticize us like we have committed a huge crime. Is remembering the country's great personalities a crime?" said the Prime Minister.

Rashtriya Swayamsevak Sangh (RSS), the ideological mentor of the BJP, in a statement said, there should not be politics over the statue of Sardar Patel, who played a key role in uniting the country. "Inauguration of the statue in Sardar Patel's memory is a proud moment for every Indian...there should not be politics over this...sometimes people should rise above politics on certain issues," said Manmohan Vaidya, a senior RSS leader.