The budget for 2018-19 fiscal has taken steps to provide farmers a price equivalent to 150 per cent of their cost of production, Prime Minister said. 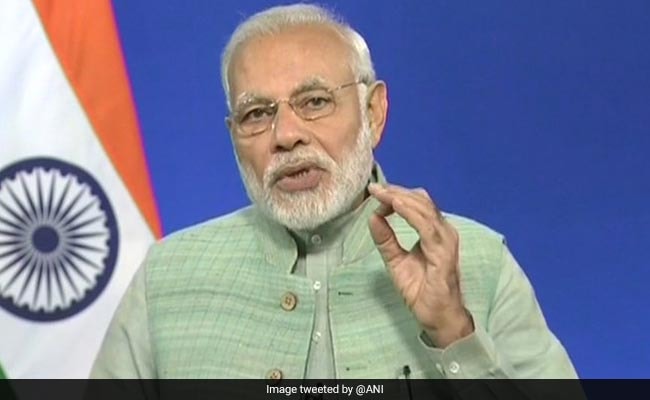 The Centre is working to ensure that farmers' incomes double in the next 4 years, PM Modi said

New Delhi: Prime Minister Narendra Modi today said his government has doubled the budget for agriculture to Rs 2.12 lakh crore to achieve its objective of doubling farm income by 2022.

Interacting with farmers from over 600 districts via video conferencing, the prime minister said the four cornerstones of the government policy for raising farm income are cutting input cost, fair price for the crop, preventing the produce from rotting and creating alternate sources of income.

He said the budget for the agriculture sector has been doubled to Rs 2.12 lakh crore during first four years of his government compared to the previous five years of the United Progressive Alliance (UPA) regime.

The budget for 2018-19 fiscal has taken steps to provide farmers a price equivalent to 150 per cent of their cost of production, he said.

"We are working towards ensuring that the income of our hardworking farmers doubles by 2022. For that we are facilitating proper assistance wherever required. We have faith in the farmers of India," the Prime Minister said.

He said the country is not just witnessing record foodgrain production but milk, fruit and vegetable output too are at all-time highs. In 2017-18, 280 million tonnes of foodgrains were produced as compared to an average of 250 million tonnes between 2010 and 2014. Pulses production has increased 10.5 per cent.

"Our effort is to provide farmers assistance at all stage of agriculture at the time of sowing, after sowing and at the time of harvesting," he said, adding the policy interventions are being planned to help farmers right from seeds to markets.

First, soil health cards are being provided to help farmers better understand soil nutrient status of his/her holding and advice them on the dosage of fertilisers.

Promoted
Listen to the latest songs, only on JioSaavn.com
Thereafter, loans are being made available to farmers to help them procure good quality seeds, Prime Minister said, adding neem coating of urea has ensured that black-marketing of the crop nutrient is stopped and farmers get it without any problem.

To ensure farmers get the right price for their crops, online platform e-NAM has been started to eliminate middlemen.
Comments
Agriculture BudgetDoubling Farm IncomeNarendra Modi