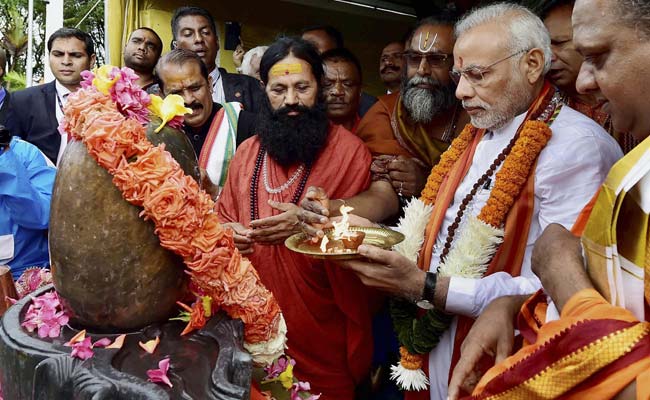 Prime Minister Narendra Modi today visited the Ganga Talao, considered to be the most sacred Hindu place in Mauritius, and offered prayers at the temple dedicated to Lord Shiva.

Mr Modi, who held talks with Mauritius' top leadership last night, began the second day of his trip here by visiting the holy site in the morning and performing 'puja' and 'aarti' at the temple dedicated to Lord Shiva.

The Ganga Talao also known as the Grand Bassin is a crater lake situated in a secluded mountain area in the district of Savanne, deep in the heart of Mauritius. It is about 1,800 feet above sea level.

The first group of pilgrims who went to Ganga Talao were from the village of Triolet and it was led by Pandit Giri Gossayne from Terre Rouge in 1898.

Promoted
Listen to the latest songs, only on JioSaavn.com
It is considered the most sacred Hindu place in Mauritius and a temple dedicated to Lord Shiva is situated on the lake-side.

During Shivaratri, many pilgrims in Mauritius walk bare feet from their homes to the lake.