It is the first ever cross-border petroleum pipeline in South Asia.

India and Nepal today inaugurated the Motihari-Amlekhgunj oil pipeline, the first ever cross-border petroleum products link in South Asia, that will help the landlocked Himalayan nation to meet its energy demands and reduce the cost of fuel transportation.

The Motihari-Amlekhgunj oil pipeline was jointly inaugurated by Prime Minister Narendra Modi and his Nepalese counterpart KP Sharma Oli via a video link.

Government officials in Nepal say the over 60-km long petroleum pipeline will now be used to supply diesel from Bihar's Motihari city in the first phase. The government has made necessary arrangement for the Nepal Army to provide security to the pipeline on their side of the border.

Currently, tankers carry petroleum products from India to Nepal as part of an arrangement which is in place since 1973. 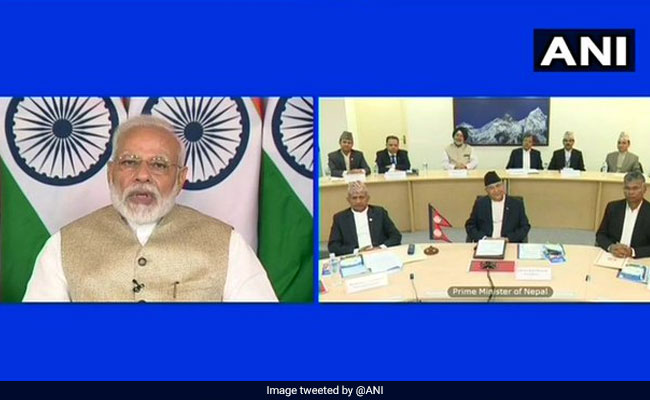 The Motihari-Amlekhgunj oil pipeline project was first proposed in 1996. However, the project finally edged closer to reality during Prime Minister Modi's visit to Kathmandu in 2014.

This India-Nepal energy cooperation project, the Motihari-Amlekhganj pipeline, is a symbol of our close bilateral relations. It will help to enhance the energy security of the region and substantially cut down on transit costs.