Staging a protest at the Gandhi statue in the Parliament premises, Congress said it wanted a full debate before moving on to any other issue. 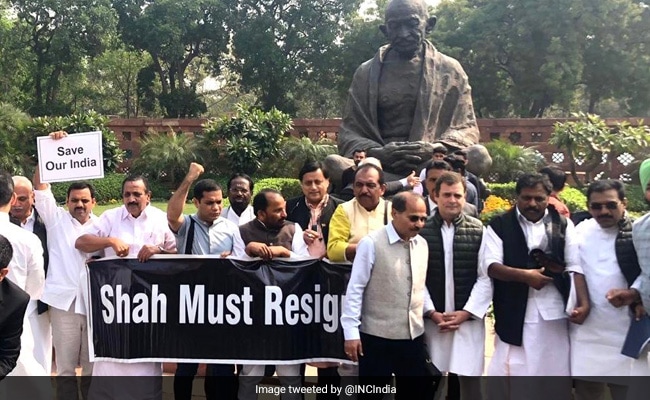 The Congress, after raising the issue of Delhi clashes in the Parliament on Monday, demanded that Prime Minister Narendra Modi should speak on the issue.

Staging a protest at the Gandhi statue in the Parliament premises, Congress said it wanted a full debate before moving on to any other issue.

Congress MP Manish Tewari said: "The riots have happened in Delhi and more than 40 people have died... There should be discussion in the house and the prime minister should make a statement."

To the ruling BJP's allegation that Congress is politicising the issue, he shot back: "Demanding a discussion and statement from the prime minister in a democracy is politics?"

The Parliament resumed on Monday, with opposition parties raising slogans and protesting against the government over the violence that erupted across various localities in northeast Delhi between February 23-25. At least 46 people were killed and more than 300 were injured while many have been left homeless.

The violence began following clashes between the protesters and supporters of CAA.

The second half of the budget session of parliament began today and will conclude on April 3.