May this festival of great zeal and fervour further strengthen the spirit of nationalism which is integral to our cultural diversity, the President said. 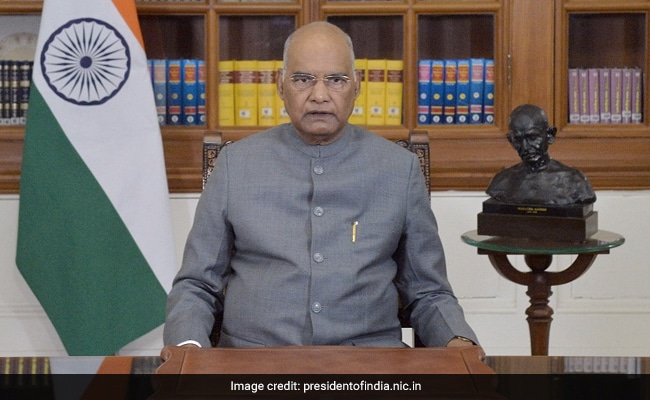 President Ram Nath Kovind on Saturday greeted citizens on the eve of Holi and said may the festival further strengthen the spirit of nationalism which is integral to India's cultural diversity.

"Holi, the festival of colours, is also a major festival of the spring season. It is a festival of social harmony which celebrates joy, delight and hope in the lives of people. It gives us message of social integration and fraternity," he said in a message on the eve of Holi.

At the same time, it also inspires people to come together in making a new India which is built on the foundation of amity, unity and harmony, Kovind was quoted as saying in a statement issued by the Rashtrapati Bhavan.

"May this festival of great zeal and fervour further strengthen the spirit of nationalism which is integral to our cultural diversity," the President said.

"On the auspicious occasion of Holi, I extend my greetings to all the fellow citizens in India and abroad," President Kovind said.