Pollution Board Asks Agencies Of Delhi, Haryana, UP To Ensure Sewage Treatment Over Frothing In Yamuna 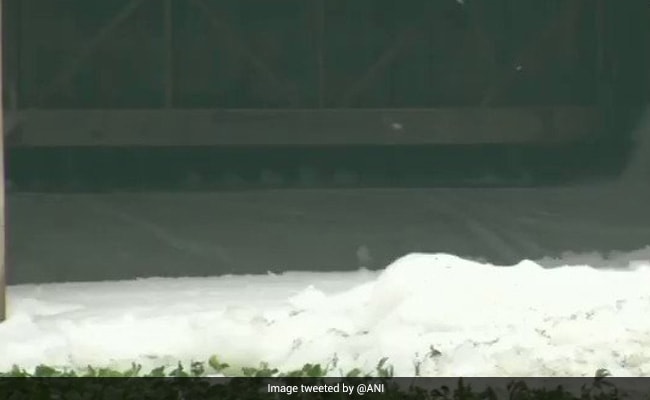 The Central Pollution Control Board (CPCB) on Sunday expressed concern over the growing pollution and frothing in Yamuna and asked the agencies concerned in Delhi, Haryana and Uttar Pradesh to ensure no sewage is discharged into the river.

In an official statement, the CPCB said the water quality of the river was becoming toxic with high ammonia levels due to discharge of untreated waste in it and directed the Delhi Jal Board (DJB) to take time bound action and ensure no sewage is discharged into the river.

"While five drains are 100 per cent tapped and no flow at downward of interception observed, two drains were found tapped but overflow into river Yamuna was observed.

"One drain has no flow at all. Due to partially/untreated discharge of sewage and industrial effluent containing phosphorus, many times, foaming also is observed," it said.

Taking cognizance of this, the CPCB issued directions to DJB to submit a time bound action plan to ensure compliance of norms by STPs and that no untreated sewage is discharged to these drains.

"Similar directions have also been issued to State Pollution Control Boards of Haryana and Uttar Pradesh," it said.