Activists in the state fighting for voters' rights have welcomed the decision. 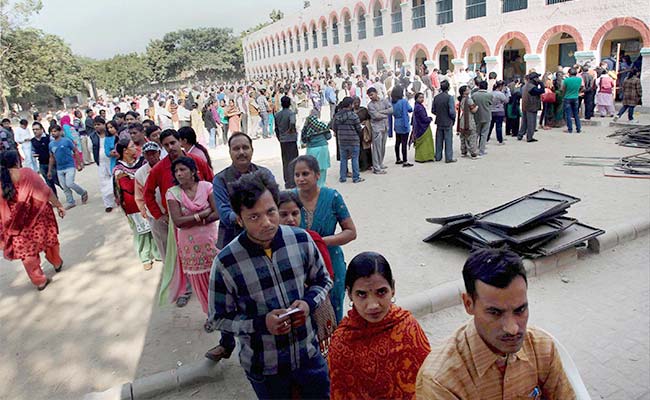 Bhopal: The voters will be able to see details like criminal records, assets and liabilities of contestants at every polling booth in the local bodies polls of 37 local bodies in Madhya Pradesh, slated for August 11.

Madhya Pradesh State Election Commission (SEC) has issued a circular in Bhopal, directing the officials engaged in the election process, to display the affidavit of the contestant vying for the post of president or the corporator in the ensuing polls, a public relations department officer said.

The officer said this arrangement is made for the polls in 37 local bodies on an experimental basis.

The large flex hoardings displaying the candidates' affidavits would be put up at every booth, he said.

The official said the decision was taken as voters have the right to know the details which the candidates have filed in the affidavits during the election process.

"Through this way, voters would be able to see the details of the candidates before casting the vote," the officials said.

Activists in the state fighting for voters' rights have welcomed the decision.

"We welcome the decision because the voters can take an informed decision. They will now be able to check the candidates' antecedents before entering to polling station," said Rolly Shivhare, Madhya Pradesh convener of Association for Democratic Reforms (ADR).

Ms Shivhare said a delegation of ADR had called on the SEC commissioner R Parsuram in this connection.

"The SEC commissioner promised that efforts are being made to make this practice (of displaying candidates' details at polling booths) mandatory in the ensuing elections of local bodies. It would be better if this practice is adopted in the elections for the Lok Sabha and Vidhan Sabha," she said.

Promoted
Listen to the latest songs, only on JioSaavn.com
Shivhare claimed that Madhya Pradesh is the second state after Maharashtra to adopt this practice.

The 37 local bodies, including 14 municipalities and 23 nagar parishad, will go to polls on August 11, while the counting would be held on August 16.