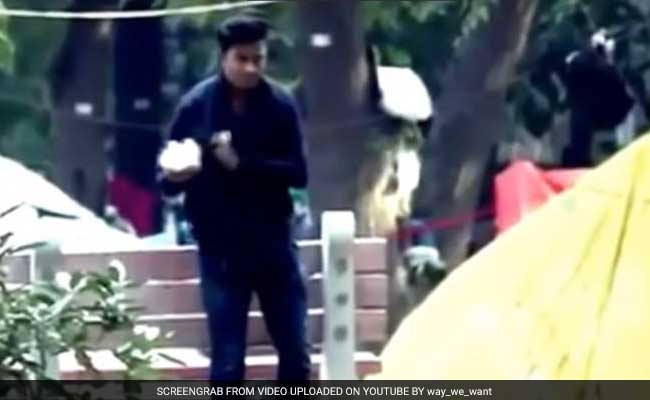 The boy can be seen kissing girls randomly on the streets and running away in the video.

New Delhi: Amidst an outrage over New Year Eve mass molestation in Bengaluru and similar incidents in the national capital, a "prank" video posted on Youtube in which a man tries to kiss girls randomly has invited criticism and prompted Delhi Police to start an investigation into the matter.

The video was apparently shot in the popular Connaught Place area and were uploaded on the video-sharing website by the young man via his Youtube channel 'The Crazy Sumit'. In the video, the boy could be seen kissing girls randomly on the street and running away.

"The video has come to Delhi Police's notice through media. We have started the initial technical inquiry. This obscene video is available on Facebook and Youtube links and we are probing this," said Dependra Pathak, Delhi Police Spokesperson and Joint Commissioner of Police (Southwest).

The video has been taken down after widespread criticism on social media and its technical aspects such as details of service providers and criminal liability are being examined.

Police said they were "looking forward" to the women who were seen in the prank video to give a complaint, he said.

"I see this kind of sexual perversion on social media in the name of getting likes, online publicity and maybe even some money is involved in it," he said.

The youth who made the videos has been active on Youtube since 2015 and keeps posting "prank" videos. Following the backlash on the social media over his "kissing and running" video, he has issued an apology through another video post.

"We are analysing the contents of the apology. Every aspect is being looked into," the officer added.

Promoted
Listen to the latest songs, only on JioSaavn.com
"Its perversion not humour," Ms Maliwal tweeted.

The incident has come to light amid the public outrage over alleged incidents of mass molestation of women in Bengaluru on the night of December 31 on Brigade Road and M G Road, where thousands had gathered to herald the New Year.