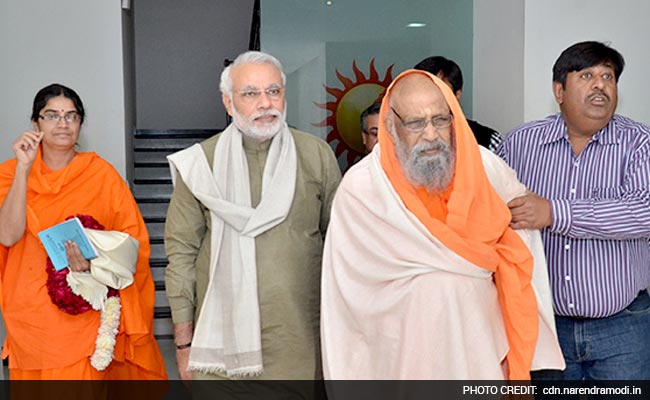 Rishikesh: Prime Minister Narendra Modi's spiritual guru Swami Dayanand Giri died on Wednesday at his ashram in Sheeshamjhadi area in Rishikesh after a prolonged illness. He was 87.

He had been brought back to the ashram earlier after 10 days of treatment at the Jollygrant Himalayan Hospital, where his condition had begun to decline steadily, he said.

The spiritual guru had been ailing for a long time.

On September 11, Prime Minister Modi had paid a visit to Swami Dayanand at his ashram to enquire after his health.