Cyclone Yaas: The Prime Minister chaired the meeting during which officials made a detailed presentation on various aspects of preparedness, assessment of damage and related matters, the Prime Minister's Office (PMO) said in a statement. 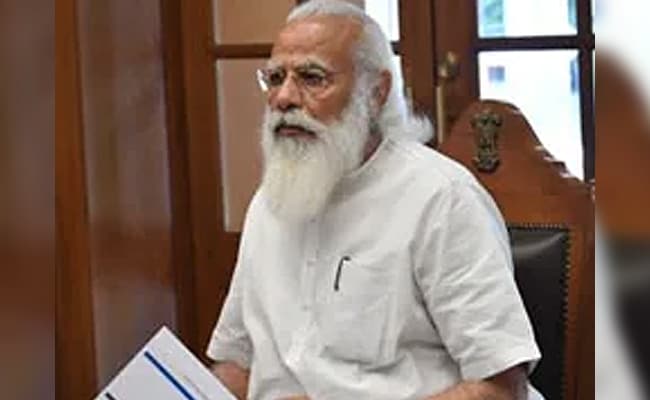 Prime Minister Narendra Modi reviewed the impact of Cyclone Yaas at a meeting on Thursday during which he asked the central and states agencies to ensure that normal life is restored in the affected areas at the earliest.

The Prime Minister chaired the meeting during which officials made a detailed presentation on various aspects of preparedness, assessment of damage and related matters, the Prime Minister's Office (PMO) said in a statement.

According to another PMO statement, Prime Minister Modi will visit Odisha and West Bengal today and will chair review meetings in the two states to assess the impact of the cyclone.

He will also undertake an aerial survey of the affected areas in the two states, it said.

Cyclone Yaas pounded parts of India's eastern coast on Wednesday, killing at least four people and forcing more than 21 lakh people to be evacuated to safe shelters in West Bengal, Odisha and Jharkhand.

At the meeting held on Thursday, it was informed that about 106 teams of National Disaster Response Force were deployed with 46 teams each in West Bengal and Odisha that rescued more than 1,000 people and removed more than 2,500 trees and poles that had fallen and obstructed roads, the PM's Office said.

Defence forces, namely the Army and the Coast Guard, also rescued marooned people, while the Navy and Air Force were on the alert, it said.

"Reviewed the situation arising due to Cyclone Yaas. Discussed the preparedness, relief and rehabilitation efforts as well as other aspects," PM Modi tweeted after the meeting.

The PM's Office said though the states are engaged in assessment of the damage caused in the aftermath of the cyclone, from the preliminary reports available, it is seen that due to accurate forecasting, effectively communicating to the people in the affected areas and evacuation in a timely manner by states and central agencies, there was minimal loss of human life.

At the same time, damage caused due to inundation are being assessed, it added.

According to the statement, power and telecom services have been restored in most of the affected areas.

During the meeting, the Prime Minister noted the effective and proactive role played by the central and states agencies in responding to challenges posed by the cyclone and advised the agencies to ensure that normal life is restored in the affected areas at the earliest and relief is appropriately disbursed to people affected by the cyclone, the PM's Office said.

Principal Secretary to the Prime Minister, the cabinet secretary, home secretary, secretary Power, telecom secretary and DG of India Meteorological Department and other officials participated in the meeting, it said.