The Prime Minister tweeted about his meetings with the visiting leaders including former US secretaries of state Henry Kissinger, Condoleezza Rice and former US Secretary of Defence Robert Gates and attached photographs. 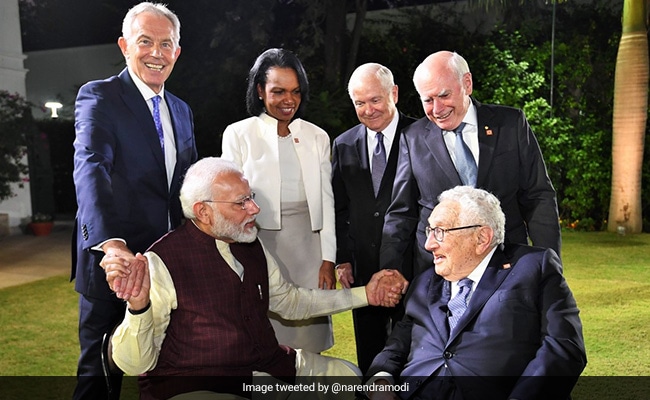