Addressing a gathering, PM Modi asserted that the Centre has been extending all help to the state government for Uttarakhand's progress, and said this "double engine" of development will take it to new heights. 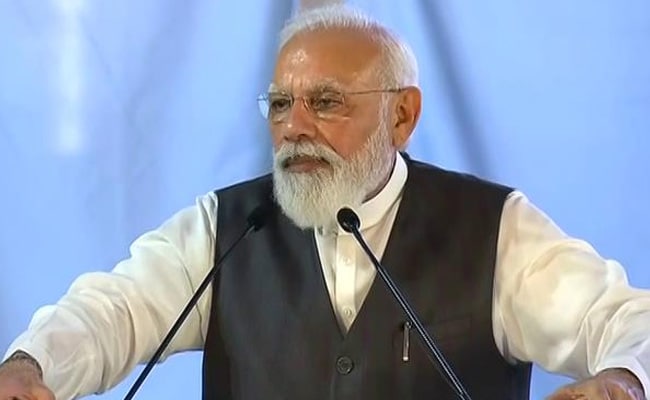 Addressing a gathering, PM Modi asserted that the Centre has been extending all help to the state government for Uttarakhand's progress, and said this "double engine" of development will take it to new heights.

With the state heading to the assembly polls early next year, the Prime Minister noted that Uttarakhand, which was created in 2000, will complete 25 years in the near future and told people that this is the right time to decide where it will be heading.

The shared efforts of the Centre and the state government are a big basis for realising the dreams of people, he said, in an apparent poll pitch for the BJP, which is in power in the state and will fight the Congress in the polls.

He cited a number of measures taken by the government, including one rank one pension for veterans, creation of war memorial and infrastructure boost across the state.

He also highlighted the efforts made by the government to boost health infrastructure ranging from production of masks and protective kits to development of vaccine and its roll out across the country and asserted their development in such a short span of time shows India's capabilities.

With the new plants, over 1,150 oxygen plans funded by PM CARES are working and every district in the country has now been covered by them, he said.

The Prime Minister said it will be a matter of pride for every citizen that over 93 crore COVID-19 vaccine doses have been administered so far and the figure will soon cross 100 crore.

The government, he said, now goes to citizens and does not wait for them to approach it with their problems.