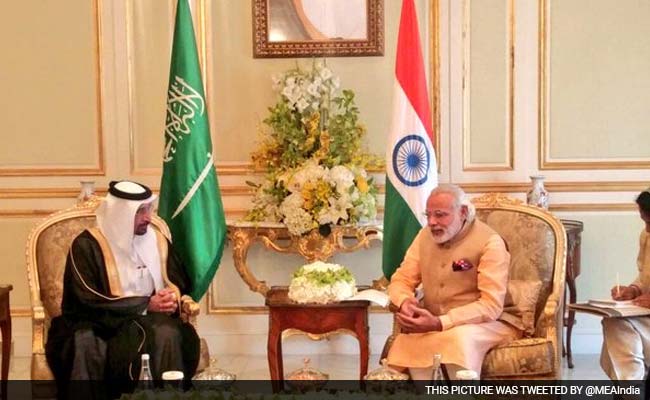 Situated in Thrissur district, the Cheraman Juma Masjid is believed to be the first mosque built in India by Arab traders around 629 AD, and symbolic of active trade relations between India and Saudi Arabia since ancient times, an official statement about the gift said.

Some years later, he sent letters to his relatives and the ruling chieftains of Malabar through his friends Malik bin Dinar and Malik bin Habib who, along with their companions, were then given permission by the local rulers to build the mosque at Kodungallur.

The mosque has an ancient oil lamp that is always kept burning and is believed to be over a thousand years old. People from all religions bring oil for the lamp as an offering.

King Salman today received PM Modi and his delegation at the Royal Court in Riyadh.

The Saudi monarch is hosting a lunch in honour of the visiting prime minister. This will be followed by delegation-level talks and signing of agreements.

PM Modi will leave for New Delhi on Sunday evening.