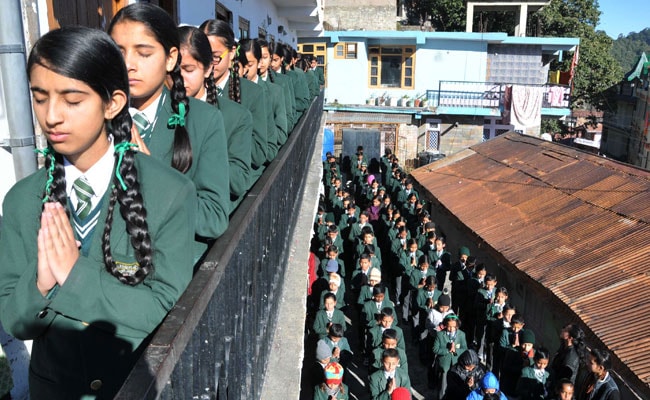 In a phone call to his Pakistani counterpart Nawaz Sharif, Prime Minister Narendra Modi described the killing of 132 children at their school in Peshawar as a tragedy that has "shaken the conscience of the world." (Read full statement here)

Yesterday, gunmen from the Pakistani Taliban stormed an army-run school, unleashing a deadly and ruthless attack on students, some of whom described hiding under desks and chairs while watching their classmates being shot dead. (Taliban Attack in Pakistan: Follow Our Live Coverage)

Mr Modi told the Pakistani premier in his call on Tuesday night that "this moment of shared pain and mourning is also a call for our two countries and all those who believe in humanity to join hands to decisively and comprehensively defeat terrorism." At Mr Modi's request, schools all over India observed a two-minute silence this morning and held special prayers to remember the young victims of the ghastly terror attack in Peshawar. (After PM Modi's Appeal, 2-Minute Silence in Schools for Pak Victims)

Promoted
Listen to the latest songs, only on JioSaavn.com
India has repeatedly urged Pakistan to rein in militant groups operating on its soil.

After cross-border violence peaked in Kashmir, Mr Modi and Mr Sharif shared cold vibes at last month's meeting of South Asian Association for Regional Cooperation or SAARC leaders in Nepal. A slight thaw seemed to come as the summit wound up at a mountain retreat where the two leaders shook hands. At a photo-op that wound up the conference, PM Modi was seen smiling and chatting with Mr Sharif.