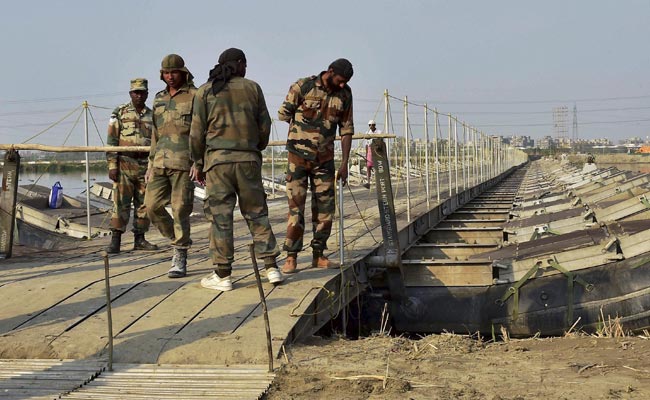 New Delhi: The Art of Living cultural event by the Yamuna river in Delhi has run into more rough weather. Prime Minister Narendra Modi is on the list of invitees for the event but the assessment of the Special Protection Group or SPG that is responsible for his security has said area is not secure enough for him to be there.

The SPG always carries out a security assessment of a venue the prime minister is to visit. In the second phase the elite force secures the area and works with local police and agencies to provide a shield to the Prime Minister.

Delhi's top security and intelligence agencies have been battling a huge security concern from the time they were informed that both the President and Prime Minister are on the list of invitees of the World Cultural Festival being organised by spiritual guru Sri Sri Ravi Shankar's Art of Living.

A top security official said, "When President Pranab Mukherjee sent out a polite no to attending the event, the security matrix was partially relieved."

Another official explained, "The scale of the event is like the Republic Day Parade. But, the Rajpath lawns (the parade venue) are sanitised long before January 26 are taken over by the army. This can't happen here." The venue for the event is the flood plains of the Yamuna, bordering Uttar Pradesh.

The SPG team that carried out the security assessment feels that the area is too large and open. The force feels the venue is unsuitable for controlled access. The force has been on a high alert since the Pathankot Airbase attack in January. Recent intelligence reports that terrorists from Pakistan have infiltrated India looking to strike big have only compounded the SPG's worries. If Mr Modi does attend the event, it will need a vast security cover, officials say.

The country's top environment court will decide today on whether to allow the event to take place after allegations that it will cause irreparable damage to the river bed.