PM Narendra Modi earlier this week announced the government will spend 163.2 billion rupees ($2.5 billion) to provide electricity connections to every home in India by the end of next year, ahead of an earlier deadline of March 2019. 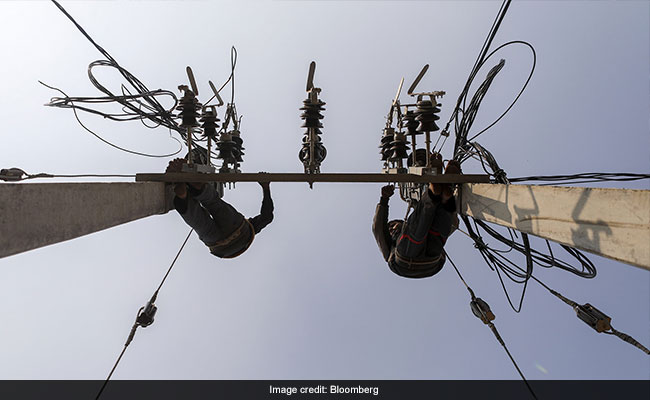 The government aims to provide electricity connections to every home in India by the end of 2018.

The success of Prime Minister Narendra Modi's ambitious plan to electrify all households in India by December 2018 faces a familiar hurdle: the money-losing state power retailers.

PM Modi earlier this week announced the government will spend 163.2 billion rupees ($2.5 billion) to provide electricity connections to every home in India by the end of next year, ahead of an earlier deadline of March 2019. The bulk of the cost for providing equipment such as power cables and electricity meters to every poor household will be borne by the federal government and partly by the states and the power retailer.

"The key is not the scheme but the political will to allow for commercial operations of discoms," CLSA analyst Bharat Parekh said in a report on Tuesday, referring to electricity distribution companies. "The key issue is that after electrifying the households, how much power will discoms supply and how will they recover the money."

Several power retailers are losing money on selling electricity below cost, and turning them around is in the hands of the state governments, which have traditionally used cheap power to shore up popular support and advance their political goals. Convincing states to allow profitable power tariffs will be PM Modi's biggest challenge in fulfilling the pledge that helped him rise to power in New Delhi in 2014. PM Modi is up for re-election in 2019.

"The onus now lies with the states," according to Debasish Mishra, a partner at Deloitte Touche Tohmatsu LLP in Mumbai. "The federal government is paying for connections, but the purpose will be defeated if the states fail to supply reliable power to people. And for that to happen operational autonomy of the distribution companies and timely payment of subsidies is a must."

The announcement follows a 2015 proposal to reform power distribution, which sought to transfer three-quarters of utilities' debt to their respective state governments. The utilities were set targets to bring down losses. As a result, total losses of utilities that signed up for the plan dropped 21.5 percent from a year earlier to 403 billion rupees in the year ended March 31.

Years of selling electricity below cost has eroded discoms' ability to invest in infrastructure, buy enough power from generators and repay bank debts. Power generation plants operate at just about half their capacity, unable to sell all the power they can produce. The power-for-all plan could "act as a major stimulus for the ailing power sector in India, with demand revival," Deutsche Bank analyst Abhishek Puri said in Sept 26 report.

"Our analysis suggests that power demand could potentially grow by 20 percent to 35 percent from current levels in two years, if the government is able to meet its target, as against the tepid 15% cumulative growth in the past five years," Puri said.

Monday's announcement also follows an earlier program to invest 760 billion rupees in rural electrification. PM Modi's administration embarked on the plan in 2015, beginning with electrifying more than 18,000 un-electrified villages. About 3,000 villages still remain to be electrified, which means creating the infrastructure to take electricity to villages, making sure at least 10 percent of the households and public buildings there have power connections. Taking electricity to every home is the next phase of the plan.

Promoted
Listen to the latest songs, only on JioSaavn.com
Retailers have coped with losses by limiting power supplies to consumers in rural areas, who are heavily subsidized, and selling more expensive electricity to industrial consumers to help fund a part of the losses. Even if all rural households get power, making adequate returns on their investment will be a challenge for retailers given the low-usage pattern.

"This ambitious scheme needs to be followed up with equal emphasis on actual hours of supply, otherwise there'll be a danger of people not getting the true benefits of electrification, which can reduce their willingness to pay," said Ashwini Chitnis, a researcher at Prayas, a non-profit advocacy group that focuses on energy, health and education. "Poor cost recovery can result in poor maintenance and thus huge investments in network infrastructure can go waste."
Comments
India power sectorIndia power consumptionNarendra Modi