"Will Miss Him": PM Modi Tweets His Farewell To RBI Governor Urjit Patel

The Prime Minister also described the RBI Governor as "an economist of a very high calibre" who steered the country's banking system from chaos to order. 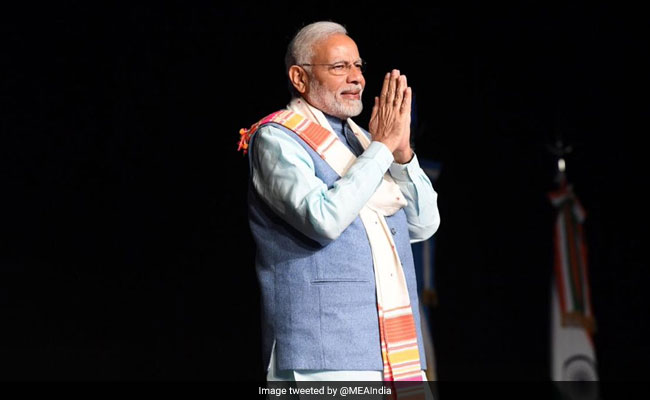 Prime Minister Narendra Modi described Reserve Bank of India (RBI) Governor Urjit Patel as a "thorough professional with impeccable integrity" in a tweet today, minutes after the top central bank official resigned with immediate effect. His government was embroiled in a bitter conflict with the RBI over autonomy issues until recently, a factor that many believe led to Mr Patel's decision.

"Dr Urjit Patel is a thorough professional with impeccable integrity. He has been in the Reserve Bank of India for about 6 years as Deputy Governor and Governor. He leaves behind a great legacy. We will miss him immensely," PM Modi tweeted.

In another tweet, the Prime Minister described the RBI Governor as "an economist of a very high calibre" with a deep and insightful understanding of macro-economic issues. "He steered the banking system from chaos to order and ensured discipline. Under his leadership, the RBI brought financial stability," the tweet added.

It was under Mr Patel's governorship that the Narenda Modi government executed the demonetisation initiative two years ago to curb the flow of black money and boost the banking system. However, detractors believe that it did more harm than good to the country's economy, slowing its overall growth and causing hardships to the people.

Union Finance Minister Arun Jaitley also took to Twitter to bid farewell to the RBI Governor. "The Government acknowledges with deep sense of appreciation the services rendered by Dr. Urjit Patel to this country both in his capacity as the Governor and the Deputy Governor of The RBI. It was a pleasure for me to deal with him and benefit from his scholarship," he said. "I wish Dr Patel all the very best and many more years of public service."

The resignation was greeted with little cheer by others, including former RBI Governor Raghuram Rajan and opposition parties. While Mr Rajan termed it as a "matter of concern for all Indians", the Congress said it was the result of "our chowkidar's assault on democratic institutions". The RBI-Government conflict was sparked off by the Modi administration's attempts to exercise greater control over the central bank and get its hands on its reserve cash ahead of the Lok Sabha elections, among other issues.