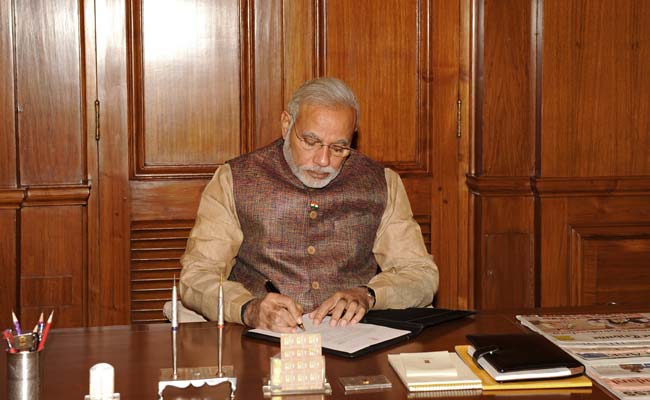 Prime Minister Modi also reiterated his vision of peace and development in the entire neighbourhood.

Prime Minister Narendra Modi today spoke to Imran Khan, who is set to become Pakistan's next prime minister, and hoped that democracy will take deeper roots in the neighbouring country.

He congratulated the Pakistan Tehreek-e-Insaf (PTI) leader for his party emerging as the largest political party in the National Assembly there in the recent elections.

The prime minister expressed hope that democracy will take deeper roots in Pakistan, a statement from his office said.

He also reiterated his vision of peace and development in the entire neighbourhood, the statement said.

Mr Khan had said that he will take oath as the prime minister on August 11, according to a media report.

His party announced on Monday that it has acquired enough seats in the lower house through coalition talks to form a majority government.

In a presidential style address on Thursday night after claiming victory in the bitterly fought elections marred by allegations of rigging, Mr Khan had indicated he would offer an olive branch to India and the two neighbours should resolve the Kashmir issue.

"God has given me a chance to come to power to implement that ideology which I started 22 years ago," Mr Khan, 65, said in a televised speech from his house near the capital Islamabad. "I really want to fix our ties, you take one step forward, we will take two," he said.