Watch: A Melodious Wish For PM Modi From Varanasi Ahead Of Oath Ceremony 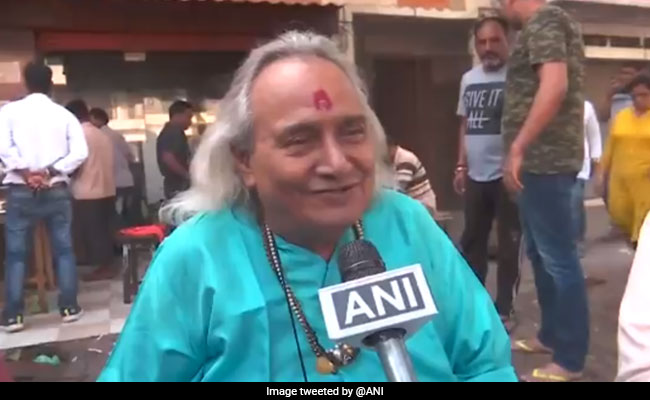 As wishes continue to pour in for Narendra Modi ahead of his swearing-in as the Prime Minister for the second time, one wish stood out for striking all the right notes. Noted Hindustani classical singer Channulal Mishra sang a short, self-written song in praise of PM Modi.

The Padma Bhushan awardee blessed and congratulated Narendra Modi by singing a song in Hindi and Awadhi. The song describes PM Modi as the incarnation of Lord Ram and compares his mother to Kaushalya.

"Everything good happens with God's blessings. It's a big and auspicious day for Kashi and for Modi Ji," the noted singer told news agency ANI with a broad smile.

Prime Minister Narendra Modi on Monday paid a visit to his parliamentary constituency Varanasi where he thanked voters and offered prayers at iconic Kashi Vishwanath temple.

Back home, chief ministers and opposition leaders have been invited for the swearing-in ceremony of Narendra Modi. Bollywood celebrities Vivek Oberoi and Boman Irani have also been invited to PM Modi oath ceremony.

The ceremony is scheduled to be held at 7 PM in the forecourt of the Rashtrapati Bhavan. President Ram Nath Kovind will administer the oath of office and secrecy at the event.