PM Modi has been tweeting an asana video everyday since June 5 in countdown to the Yoga Day 2019. 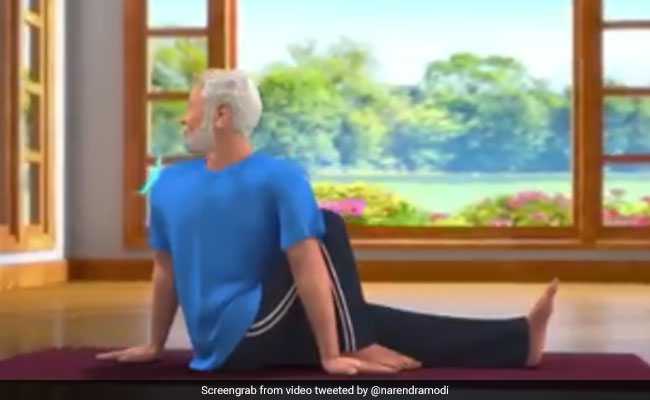 Prime Minister Narendra Modi this morning tweeted another video of his animated version performing a yoga asana ahead of the International Yoga Day that falls on June 21.

PM Modi has been tweeting an asana video everyday since June 5 in countdown to the Yoga Day 2019. In the eighth asana video that was tweeted today, PM Modi can be seen performing "Vakrasana" or the "Twisted Pose".

"Have you ever practiced Vakrasana? Its advantages are numerous and long lasting," PM Modi wrote on Twitter.

Have you ever practiced Vakrasana? Its advantages are numerous and long lasting.

The step-by-step video explains how to perform the asana and its benefits.Vakrasana helps spinal cord in gaining flexibility. It also helps the people who suffer from constipation and is said to be beneficial for liver too. However, people suffering from slip disc have been advised in the video to refrain from doing the asana.

June 21 was designated World Yoga Day on PM Modi's suggestion in his speech at the UN General Assembly in 2014, months after he was first elected to office. Since then, the government marks the day in a big way with thousands participating in mass Yoga events across the country.