PM Modi will hold two rallies in West Bengal on February 2 and another one on February 8, while Shah will address a public meeting on January 29, party leaders said. 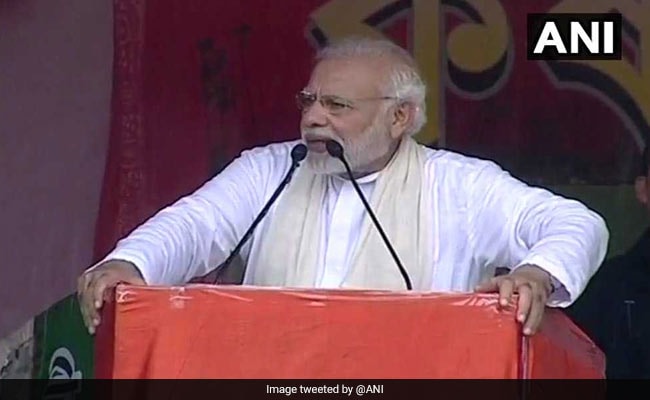 The BJP will hold rallies of its top leaders, including Prime Minister Narendra Modi, party chief Amit Shah and Uttar Pradesh Chief Minister Yogi Adityanath, in West Bengal as it seeks to organise up to 200 public meetings by February 8 in the state to boost its tally of seats there in the upcoming Lok Sabha polls.

BJP general secretary Kailash Vijayvargiya, who is the party's in-charge of the state, said there was widespread anger against West Bengal Chief Minister and Trinamool Congress (TMC) president Mamata Banerjee and that the saffron party's extensive campaign would turn the tide against her party.

"We will win up to 25 seats (in West Bengal). There is anger against the TMC, which rules by coercion and fear. There is no democracy in the state. But the BJP will show that it is up to the challenge and will rally the masses against the state government," he said.

PM Modi will hold two rallies in West Bengal on February 2 and another one on February 8, while Shah will address a public meeting on January 29, party leaders said.

The Bharatiya Janata Party (BJP) is looking to organise anywhere between 150 and 200 public meetings in West Bengal, involving its national and state leaders, by February 8, Vijayvargiya said.

The BJP had won only two of West Bengal's 42 Lok Sabha seats in the 2014 general election and Shah had identified it as one of the states for the party to boost its tally in the 2019 polls.

The saffron party has gained in vote share during various by-polls and local elections in West Bengal, but the TMC has maintained its preeminent position in the state.