'Pink Cabs' To Ensure Safer Travel For Women; A First In Jammu And Kashmir's Rajouri District 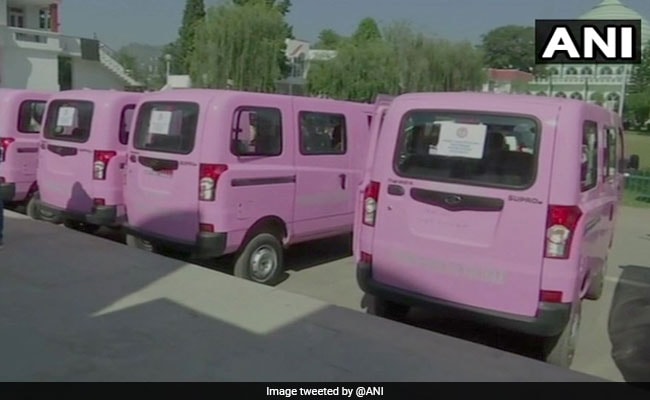 In a first for Jammu and Kashmir, the district administration in Rajouri in association with the Motor Vehicle Department, launched pink vehicles on International Girl Child Day in order to provide a safe and dignified travel experience to women.

To start with, there will be six such vehicles. The vans - Mahindra Supro's - are exclusively for women.

Speaking on the occasion, District Development Commissioner Mohammad Aijaz Asad said that the pink vehicles have especially been launched for women and girl students, in an attempt to provide a sense of dignified travelling to women.

"Transport department conducted a survey in which it found out that girl students were facing problems in commuting due to overcrowded public transport vehicles. So keeping that in mind we launched these vehicles. This initiative is intrinsic for the empowerment of girl child," Mr Asad said. 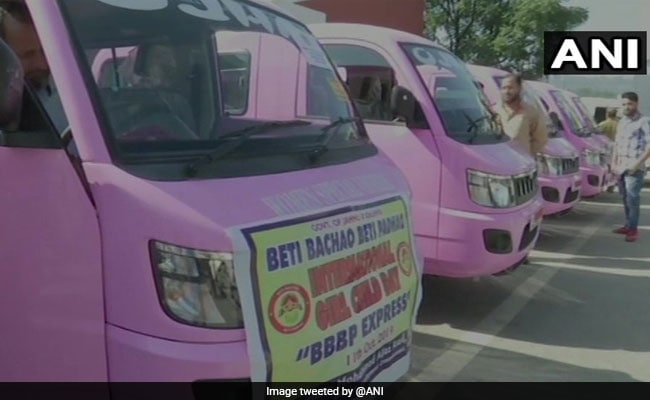 At first, six such 8-seater 'Pink Cabs' have been launched in Jammu and Kashmir's Rajouri

He also urged the girl students present on the occasion to spread awareness in the society about the ''Beti Bachao Beti Padhao'' campaign. He sought the cooperation of the public in making the campaign a success in the district.

"We will try our best to take more initiatives of this sort. I would urge the women to utilize this service to the fullest because this service has been initiated for their betterment," said Assistant Regional Transport Officer (ARTO), Anzar Ahmed.

"I would like to congratulate the women here on this special occasion. Required and feasible routes have been considered which will be covered by these vehicles in order to provide ease of travel to the women. I think the right to proper and safe transportation is part of a dignified life for a woman," said Senior Superintendent of Police (SSP), Rajouri, Youghal Manhas.

On the occasion, a mega awareness rally was organised which started from PWD Dak Bungalow Rajouri and culminated at Government Girls Model Higher Secondary School, Rajouri.