Studying a police report in the case, the court said that it appeared the house was illegally demolished by the state police without following the due process of law. 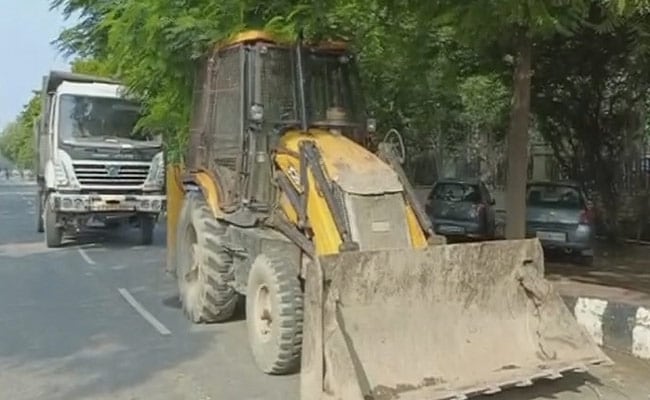 Bulldozers have lately been used to target suspects of crimes before their conviction. (Representational)

Demolishing houses with bulldozers has become a "tamasha" or spectacle, the Patna High Court said in a recent case, pulling up the Bihar Police for razing a woman's house, allegedly at the instance of the land mafia.

The judge also said he would ensure the petitioner was paid Rs 5 lakh from the pocket of each officer involved if he found the house had been wrongfully razed.

Judges like him still gives the hope that this illegally legalised bulldozer-crime will end one day. Do watch. Part-1https://t.co/ERIjn1FXSHpic.twitter.com/ogDnZ0ll9h

The case was heard on November 24, but the video of the proceedings was widely shared on social media on Saturday, according to The Indian Express.

Studying a police report in the case, the court observed that it appeared the house was illegally demolished by the state police without following the due process of law and Justice Kumar said that officials appeared to be in "hand in glove" with some land mafia, legal news website Live Law reported.

When the petitioner's lawyer informed the court that a false case had been registered against her and her family members to coerce them to vacate the land at the instance of the land mafia, the judge said he was there to protect the petitioner.

"I am here to protect you, not trouble you," Justice Kumar said, putting the FIR on hold and restraining the police from arresting the petitioner, and her family members, in the case.

Using bulldozers to target suspects of crimes before their conviction is a trend popularised by BJP-ruled Uttar Pradesh where authorities have taken to demolishing their property, citing unrelated infractions.

The technique, which has drawn the Supreme Court's attention, has since been co-opted by several other states as well as the BJP-controlled civic body in Delhi which sent in bulldozers to a minority-dominated neighbourhood of the city following a communal clash earlier this year.