PM Modi's comments come two days after Pakistan's Border Action Team sneaked into Jammu and Kashmir. The army, which flushed out the intruders, said they were planning to launch a terror attack on New Year. 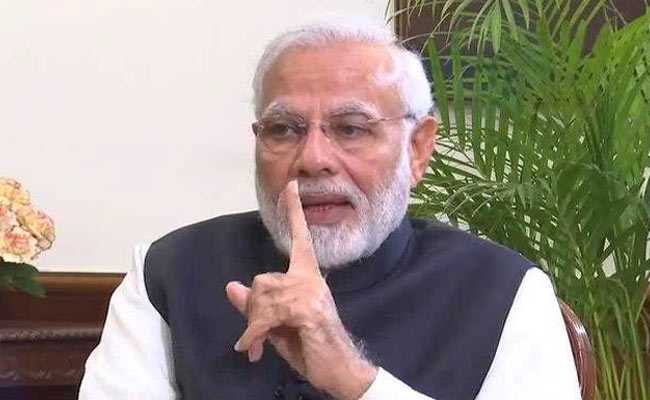 Prime Minister Narendra Modi today said the government was trying all means to keep up the pressure on Pakistan, but it would be a mistake to expect that Pakistan would "mend its ways" anytime soon. "It will take more time for Pakistan to mend its ways," he told news agency ANI in an exclusive interview on New Year's Day.

The Prime Minister's strong attack on Pakistan comes two days after its Border Action Team sneaked into Jammu and Kashmir. The army, which flushed out the intruders, killing two in the process, said they were planning to launch a terror attack on New Year.

Asked why cross-border terror hasn't stopped despite the surgical strikes two years ago, PM Modi - who flagged the cross-border terror attacks from Pakistan in various international forums, including the United Nations -- said, "It will be a huge mistake to believe that Pakistan will mend its ways after a war. It will take a lot of time..."

But the government's release of the surgical strike videos had triggered scathing attacks from the opposition, which contended that the government was using it for political gains.

"I personally believe that surgical strikes should not be politicized," PM Modi said about the army attacks on terror launchpads across the Line of Control in September 2016. "There are some political parties who began to speak the same language as Pakistan. These parties were demeaning our armed forces. They politicised such an issue," he said.

The army action took place weeks after the terror attack in Jammu and Kashmir's Uri - an attack that the Prime Minister said "will not be forgotten".

Asked about new Pakistan Prime Minister Imran Khan's talk of dialogue between the two nations, the Prime Minister said India has had a consistent policy - under NDA or UPA - that no Indian Prime Minster has ever opposed dialogue with Pakistan.

"We have always wanted dialogue - it is not a question of Modi or Manmohan... But we have always maintained that their support to terror must end first. And we have successfully managed to isolate Pakistan on the global arena," he said.