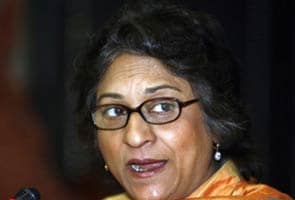 Washington: US intelligence agencies had uncovered evidence of a plot hatched by Pakistani security officials to use militants to kill human rights activist Asma Jahangir in India, according to a media report.

Citing classified documents provided by former National Security Agency contractor Edward Snowden, The Washington Post reported that US intelligence agencies had discovered evidence of the plot against Jahangir, one of Pakistan's leading critics of the security establishment.

In May 2012, the US agencies found out that Pakistani security officers were plotting to "eliminate" Ms Jahangir, according to the summary of a top-secret Defence Intelligence Agency (DIA) report.

The US agency said it did not know whether Pakistan's Inter-Services Intelligence (ISI) had given approval for the plot to proceed.

Though the DIA report speculated that the ISI was motivated to kill Ms Jahangir "to quiet public criticism of the military", the agency noted that such a plot "would result in international and domestic backlash as ISI is already under significant criticism for intimidation and extra-judicial killings".

Promoted
Listen to the latest songs, only on JioSaavn.com
News of the alleged plot became public a few weeks later when Ms Jahangir gave several interviews to journalists, revealing that she had learned that Pakistani intelligence officials had marked her for death.