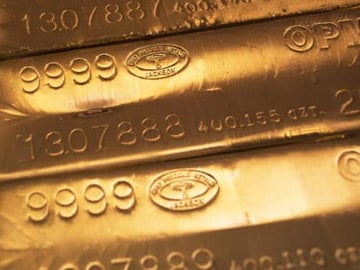 Mumbai: Pakistan has temporarily banned gold imports for the second time in six months as it tries to stem smuggling into India, which has clamped down on its own bullion buying to rescue state finances.

India's import duty stands at a record 10 percent and tight restrictions on supplies have virtually dried up legal imports into what used to be the world's biggest bullion buyer, spurring a surge in smuggling and recycling to meet persistent demand.

"Credible reports have indicated that in the wake of steep increase in duty on import of gold in a neighbouring country there has been a surge in its smuggling activity," Pakistan's finance minister said, according to a statement on the ministry website.

It said the ban would be for 30 days and exports, mostly jewellery, would not be restricted. Pakistan last banned imports for a month in August, 2013.

Official imports into India shrank almost 90 percent in the six months to November as restrictions tightened. Between April and September - the latest data available - customs officials seizures of illegal gold nearly doubled compared to all of 2012.

The World Gold Council puts the amount smuggled into India at up to 200 tonnes in calendar 2013.

Pakistan usually imports tiny amounts in comparison with its much larger neighbour, although imports surged last year and purchases in July - the last month before the previous ban - amounted to $514 million.

Pakistan said the ban would also check speculation on its currency.

Gold is India's most expensive non-essential import and helped to swell its current account deficit to a record last fiscal year. But restrictions have worked and the deficit is now expected to be about $50 billion in the current fiscal year, down $20 billion from earlier estimates.

That has prompted the government to consider relaxing curbs, according to government sources speaking earlier this month.

With India's wedding and festival season in full swing, demand remains strong, keeping premiums near record highs at around $130 per ounce. That has encouraged recycling of existing jewellery to meet demand and also boosted smuggling.

Promoted
Listen to the latest songs, only on JioSaavn.com
New Delhi's latest attempt to check illegal imports focuses on the biggest buyers, with jewellers now required to give details of any purchase of gold bars or jewellery worth over 500,000 rupees by the end of the month.