India on Saturday had sought consular access to the 46- year-old Kulbhushan Jadhav, a retired Indian Navy officer sentenced to death in April by Pakistan's Field General Court Martial for "involvement in espionage and sabotage activities." 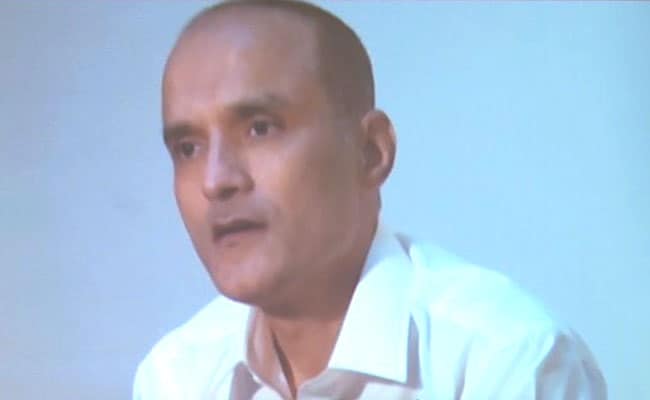 Islamabad: Pakistan on Sunday again rejected India's demand for consular access to Kulbhushan Jadhav handed down the death penalty by a military court, saying it would be a "travesty of logic" to link his case with Indian civilian prisoners languishing in Pakistani jails.

India on Saturday had sought consular access to the 46- year-old Jadhav, a retired Indian Navy officer sentenced to death in April by Pakistan's Field General Court Martial for "involvement in espionage and sabotage activities."

Pakistan's Foreign Office said in a statement on Sunday that "the Indian attempt to equate Commander Jadhav's case with civilian prisoners and fishermen is a travesty of logic."

It claimed Kulbhushan Jadhav was a serving Indian Navy officer "and was sent to Pakistan by its intelligence agency RAW for espionage, terrorism and subversive activities which resulted in loss of many innocent lives and damage to property."

Pakistan has dismissed India's consular access request to Kulbhushan Jadhav more than 15 times. And India has accused Pakistan of repeatedly violating the Vienna Convention by doing so.

India moved the International Court of Justice against Jadhav's death penalty and the ICJ on May 18 restrained Pakistan from executing the death sentence.

Pakistan claims its security forces arrested Jadhav from its restive Balochistan province on March 3 last year after he reportedly entered from Iran. However, India maintains that he was kidnapped from Iran where he was dealing with his business interests after retiring from the Indian Navy.

The denial for consular access came a day after India and Pakistan exchanged a list of prisoners lodged in each other's jails. According to the list Pakistan shared with India, at least 546 Indian nationals are lodged in its jails.

The lists were exchanged as per the provisions of the bilateral agreement on consular access signed on May 21, 2008.

As per the pact, such lists have to be exchanged twice a year, on January 1 and July 1.

The Foreign Office also said that Pakistan is committed to implement the 2008 agreement and ensure that humanitarian cases are not held hostage to politics. "We expect India to reciprocate through action rather than rhetoric."