Central Board of Film Certification member Ashoke Pandit, who paid for actress Geeta Kapaoor's hospital bills and treatment, is overseeing her care now 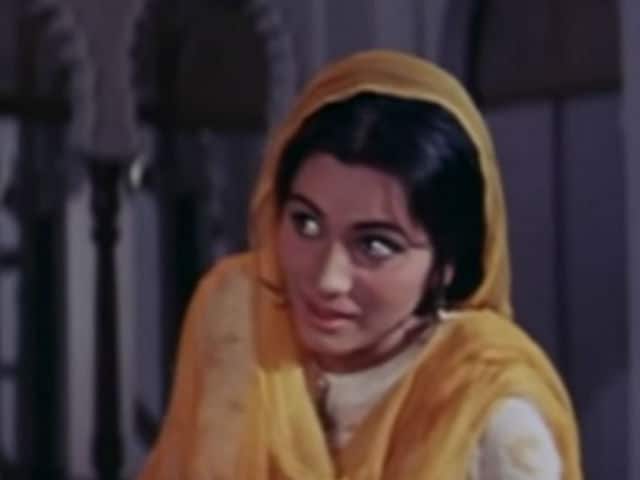 New Delhi: Actress Geeta Kapoor, who is best known for her role in 1972 movie Pakeezah, is getting support from some members of the Hindi film fraternity after she was allegedly abandoned by her son at a Mumbai hospital halfway through her treatment. Central Board of Film Certification member Ashoke Pandit, who paid for Geeta Kapoor's hospital bills and treatment, is overseeing her care now. The 60-year-old filmmaker is currently looking for a good old-age home for the actress so that she could stay there once she is discharged from the hospital. In a tweet, Mr Pandit shared the news with everyone that the Mumbai Police has given him the No Objection Certificate to shift Geeta Kapoor to an old-age home.

Thank U @DevenBhartiIPS ji @MumbaiPolice for standing by us and agreeing to give an NOC to shift actress #GeetaKapoor to a old age home. pic.twitter.com/ajeBazqBJh

Just left the hospital after being for 2 hours with #Geetaji & Dr.Tripathi . Will finalise a good old age home for her and shift her. pic.twitter.com/BSS1uJTIXB

"Paying the bill is a minor thing, my main aim is that she gets back her dignity, honour and fights back. Her son is still at large and the police will look into that. She is still in hospital and might be discharged in perhaps another two-three days. Her health is fine now," PTI quoted Ashoke Pandit as saying.

"The family has disappeared; the son has switched off his phone. The saddest part is, she is still calling out his name, and says 'my son might be just downstairs, he can't go anywhere.' It's heartbreaking for me to see that," he added.

Last week, mid-day reported that the 58-year-old actress was allegedly abandoned by her son Raja. She also accused him of torturing and starving her. "He used to beat me up as I did not approve of his philandering ways. He would give me food once in four days, and sometimes, even lock me up for several days. I was not ready to go to an old-age home, that's why, he planned all this. He deliberately kept me hungry and I fell ill. Then, he got me admitted and fled," Geeta Kapoor told mid-day.

Geeta Kapoor also has a daughter Pooja, who is a Pune-based flight attendant.

Promoted
Listen to the latest songs, only on JioSaavn.com
Geeta Kapoor also featured in Razia Sultan.