Pak Will Be Punished For Activities "Detrimental" To India: Army Officer

"When Pakistan has carried out any ceasefire violation, we have given them a befitting reply," Army's Northern Command chief, Lt Gen Ranbir Singh said. 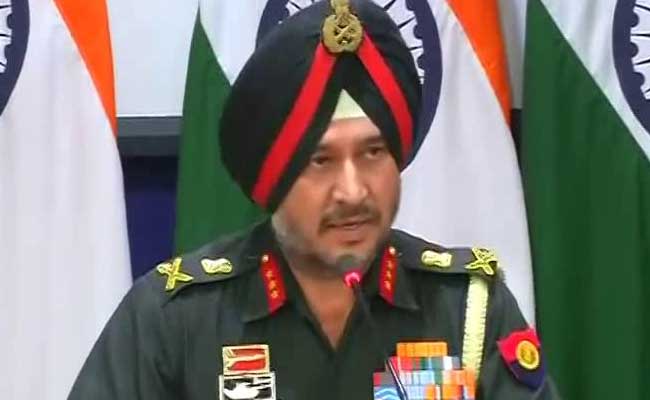 The Army's Northern Command chief, Lt Gen Ranbir Singh, said on Friday Pakistan will be "punished" if it carries out activities detrimental to India and asserted that a befitting reply was given to the neighbouring nation for violating ceasefire.

"The message is very clear for the troops on the ground that should Pakistan not stop from carrying out activities, which are detrimental to our national interest along the LoC, they (Pakistan) shall be punished accordingly," Lt Gen Singh told news agency PTI.

Three Army soldiers and a porter were killed and four others were injured in sniping incidents along the LoC in Jammu's Rajouri and Poonch district last week.

"There has been regular sniping incidents from an area along the LoC and we have regularly (lodged) protests with our Pakistani counterparts on their sniping activities. If they have carried out any ceasefire violation, we have given them a befitting reply," he said.

The lieutenant general also said that "as far as infiltration attempts from across the LoC are concerned, Pakistan has continued with its efforts to give impetus that."

The Indian Army is deployed all along the LoC and "we have been able to thwart all attempts by Pakistan to push in militants toward our side", he said, adding the security situation in the state's hinterland is stable, but remains fragile.