Padma Awards: Singers Suresh Wadkar and Adnan Sami as well as veteran TV actor Sarita Joshi have also been conferred with the fourth highest civilian honour of the country. 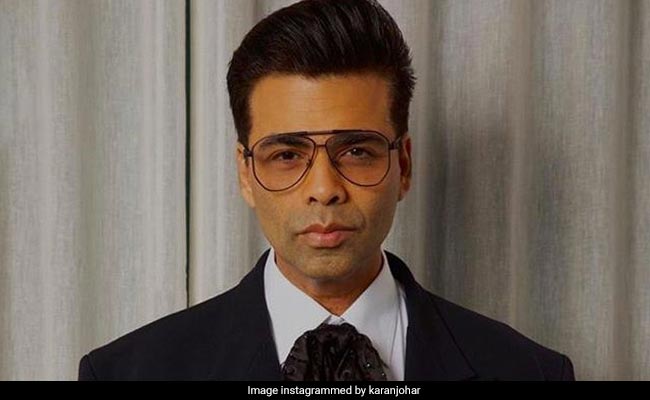 Filmmakers Karan Johar, Ekta Kapoor and actor Kangana Ranaut are among the six film personalities to be awarded the Padma Shri, officials said on Saturday.

Singers Suresh Wadkar and Adnan Sami as well as veteran TV actor Sarita Joshi have also been conferred with the fourth highest civilian honour of the country.

Karan Johar and Ekta Kapoor said they were humbled to receive the honour.

"Overwhelmed by so many emotions right now. Humbled, elated and also thankful for the opportunity to live my dream everyday, to create and to entertain. I know my father would be proud and I wish he was here to share this moment with me," he said in a statement posted on Twitter.

The 47-year-old, who runs Dharma Productions, went on to direct several commercial blockbusters in Kabhi Khushi Kabhie Gham (2001), My Name Is Khan (2010), Student of the Year (2012) and Ae Dil Hai Mushkil among others.

She launched her banner Balaji Telefilms in 1994 and backed many popular TV shows, eventually branching out into movie production.

Ekta Kapoor, 44, has produced films such as Love Sex Aur Dhoka, Once Upon a Time in Mumbai, The Dirty Picture, Udta Punjab and Veere Di Wedding.

"Today, as l'm conferred with the 4th highest civilian honour- Padma Shri'', I''m humbled. I hope to continue breaking boundaries, to continue giving young talent a chance and to strive to give back to the country for all the love that''s come my way. The timing couldn't have been more perfect, as this news arrives 2 days before my son''s first birthday. Grateful & Thankful!" she added.

Kangana Ranaut, a three-time National Award Winner, is the only Bollywood actor to receive the Padma Shri this year.

The 32-year-old, who made her debut in movies in 2006 with Gangster, is regarded as one of the most successful female artistes of this generation.

After a series of films with Mahesh Bhatt's banner, she found success with Madhur Bhandarkar's Fashion, for which she won her first National Film Award in 2009.

She went on to win two back-to-back National Film Awards for her performances in Queen (2014) and Tanu Weds Manu Returns (2015). Kangana's latest release is Panga.

Suresh Wadkar, 64, a veteran in the music industry, started his career as a playback singer in 1978 with song Seene mein jalan for Gaman. He has lent his voice to memorable tracks like Aye zindagi gale lagaa le, Aur is dil mein, Pardesi pardesi, Sapne mein, Raat ke dhai baje and Jag Ja.

Adnan Sami, 48, now an Indian-citizen, made a mark for himself in country's indie-pop scene with single Kabhi toh nazar milao, for which he collaborated with veteran playback singer Asha Bhosle.

"The greatest moment for any Artiste is to be appreciated & recognised by his/her government. I am overwhelmed with infinite gratitude for being honoured with the ''Padma Shri'' by the Government of India. It has been a 34 years musical journey.. ''Bohot Shukriya''!!" Adnan Sami tweeted,

Adnan Sami, born in London to a Pakistani Air force veteran, applied for Indian citizenship in 2015 and became a citizen of the country in January 2016.

Sarita Joshi, a household name and a popular theatre personality, started her acting career as a child artiste and made her TV debut in 1980s with Titliyan.

She was bestowed with the Sangeet Natak Akademi award for acting in Gujarati in 1988.

"I am very happy and humbled with this honour. I am working from an early age, I have never worked for awards, for me work is worship. I have always worked from heart and given my best in whatever I have done. I will be known as Padma Shri Sarita Joshi, this is such a big honour. I am happy as my children are happy," Sarita Joshi told PTI.

The Padma Shri for this year has been awarded to a total of 118 eminent personalities across fields of art, literature and education, medicine, trade and industry, sports, public affairs, social work and science and engineering.