"Wanted To Wreck My Mental Strength": P Chidambaram Hits Out At Centre

"I am not going talk about the case. Why I was imprisoned? They thought of wrecking my mental strength and it will not happen any day," P Chidambaram said. 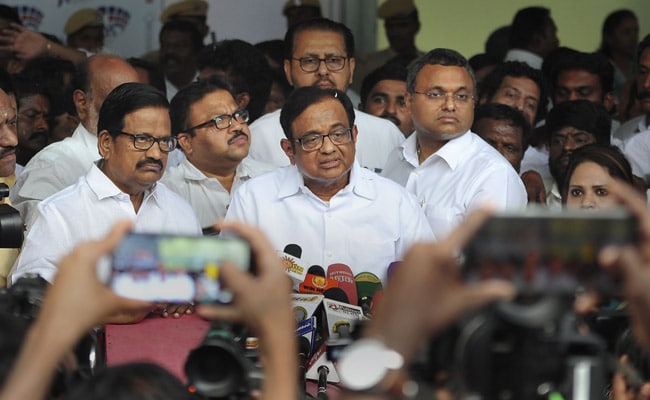 P Chidambaram spent over three months in custody after his arrest on August 21.

Senior Congress leader P Chidambaram on Saturday accused the centre of trying to "wreck his mental strength" by imprisoning him in the INX Media case.

The former finance minister, who spent 106 days in jail, however, did not explicitly mention the case against him. "I am not going talk about the case. Why I was imprisoned? They thought of wrecking my mental strength and it will not happen any day," Mr Chidambaram said.

"I will never fall as the Congress party and the people's thirst for freedom are behind me. It is going to be a continuous fight," he told reporters in Chennai.

Mr Chidambaram also accused the government of trying to wreck his physical health, adding they succeeded for about 10 days.

"After the court's intervention and examination by doctors, my health has more or less improved fully," he said.

Speaking on economy, Mr Chidambaram claimed that it was moving towards the worst phase and cautioned the people to be on guard.

"I will continuously speak and write," he said.

On women's safety, Mr Chidambaram said after he assumed charge as finance minister, Rs 3,100 crore was allotted for the Nirbhaya fund. He alleged that several states didn't utilise it properly.

Mr Chidambaram said that the entire country is turning into a killing field for the women, especially Uttar Pradesh. He added that the responsibility of women's safety lies not only with the governmenr but also man "Every man should protect women," he said.