Ozone Becoming More Widespread In Delhi-NCR Across All Seasons: Study 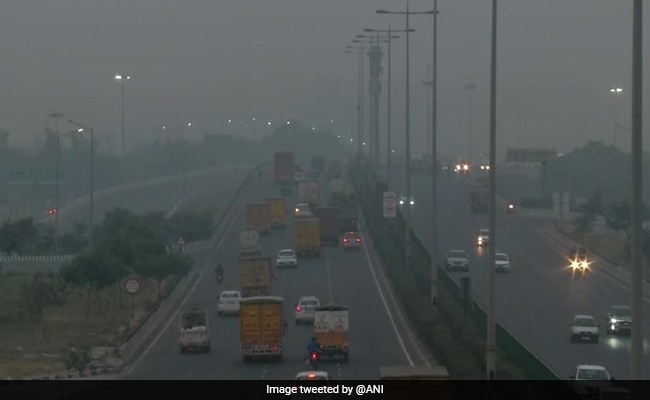 The assessment has traced trends during different seasons. (File)

Ozone, a highly reactive gas and dangerous for those suffering from respiratory conditions and asthma, is becoming more widespread in Delhi and the National Capital Region (NCR) across all seasons, according to a new analysis by Centre for Science and Environment (CSE) released on Friday.

The analysis said that contrary to the notion that ozone, produced photochemically from interaction between gases in the presence of sunlight, is predominantly a summer phenomenon, the gas has emerged as an equally strong concern during winter as well.

"The risk from it is often not well understood, as the current regulatory practice of spatially averaging the data from all monitoring stations blunts the curve, and underestimates the magnitude of threat from the worst affected locations and also during different seasons.

"As ozone is a highly reactive gas and even short-term exposure can aggravate respiratory conditions leading to emergency hospital admission, it requires a different approach to risk assessment and communication," she added.

Another expert said that the number of days not meeting the ozone standards is increasing even in winters.

"This analysis shows that the number of days not meeting the ozone standards has begun to increase even during winter months, making the winter smog more toxic," said Avikal Somvanshi, programme manager in CSE's Urban Lab team of the Sustainable Cities programme.

The assessment has traced trends during different seasons - summer (March-June), winter (October-February) and monsoon (July-September), between 2018 and July 18, 2021.

This year has already recorded 169 days of exceedance, an increase of 21 days for the same period last year, the analysis revealed, adding that in the NCR, Gurugram saw the maximum jump in number of exceedance days between 2019 and 2020 -- its tally of 201 days in 2020 was an increase by over 300 per cent from previous year.

"Noida also registered a 54 per cent jump. Faridabad recorded no change between 2019 and 2020. Ghaziabad and Greater Noida saw a decline, with the latter showing the biggest drop of 28 per cent.

Meerut does not have adequate data for 2019 to carry out comparative trend analysis, but with 109 days of exceedance in 2020, it was the least polluted major city in the NCR," it said.

"The data has been captured from 81 official stations under the Continuous Ambient Air Quality Monitoring System (CAAQMS) spread across Delhi-NCR (40 stations in Delhi, four each in Gurugram, Faridabad, Noida and Ghaziabad, three in Meerut, and two in Greater Noida while 20 smaller towns in NCR have one station)," it said.

From this station-level data, the analysis has calculated the trends in terms of the number of days when the daily level has exceeded the eight-hour standard.

According to the CSE, the city-wide average largely remains within the standard with just occasional exceedances.

"But even from this yardstick, the "good" category days (50 per cent below the daily eight-hour concentration standard) have started declining in Delhi. In 2020, Delhi had 115 "good" days, which was 24 days less than in 2019," it said.

According to location-wise analysis, exceedance of the eight-hour average standard is quite widely distributed in the city, the CSE said.

"The methodology used here is consistent with the USEPA (United States Environmental Protection Agency) method of considering the highest concentration among all the monitors within each reporting area," it said.

The analysis found that ozone build-up is a hyper-local phenomenon as there can be 100 micrograms per cubic metre (µg/m3) difference in ozone levels between two neighbouring stations.

"At the moment, it is not possible to compute the peak pollution in the city as the data that is available from CPCB is capped at 200 µg/m3. This also makes daily AQI reporting ineffective," said Mr Somvanshi.

1945 Version Of Multilateralism Needs To Be Reformed To Tackle Conflicts: Foreign Minister