Over 4,000 People Left Homeless In Tripura After Hailstorm Lashes State 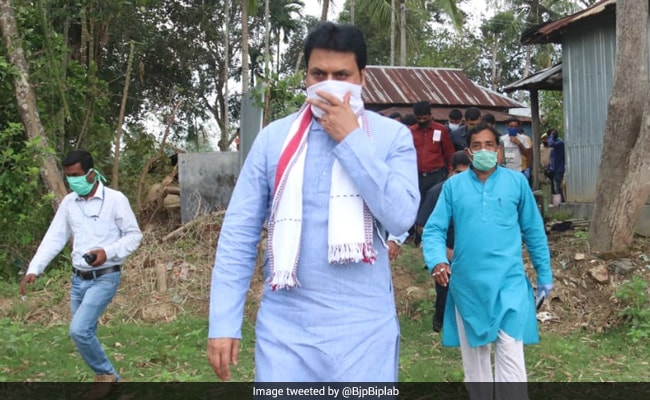 Biplab Deb assured them to provide more assistance from the administration

A total of 4,200 people of three districts of Tripura were rendered homeless while over 5,500 houses were damaged or destroyed by a hailstorm that lashed the state on Tuesday, an official report said.

The other two affected districts are West Tripura and Khowai.

"At least 5,000 houses have been affected and over 4,200 people taken shelter in relief camps following a hailstorm that hit three districts -- Sepahijala, West Tripura and Khowai districts," the report released from the Chief Ministers Office said.

A total of 12 relief camps have been set up in Sepahijala district, where 1,170 families have taken-shelter.

The chief minister handed over cheques of Rs 5,000 as immediate relief to each family, which were affected by the hailstorm, and assured them to provide more assistance from the administration after assessment of damage by the authorities.

"We are committed to help everyone in this crucial period when we are already fighting against COVID-19," he added.